On our last day in Vilcabamba Ecuador, we decided to share the 5 things we loved plus one interesting observation. It’s a truly magical place and should be on your list of places to visit.

We were in Vilcabamba during the dry season, which is June through October. While it did rain a little and was cloudy a little during our 8 days there, it was mostly sunny, breezy and warm. And a welcome break from the cloudy, chilly winter days of Cuenca. 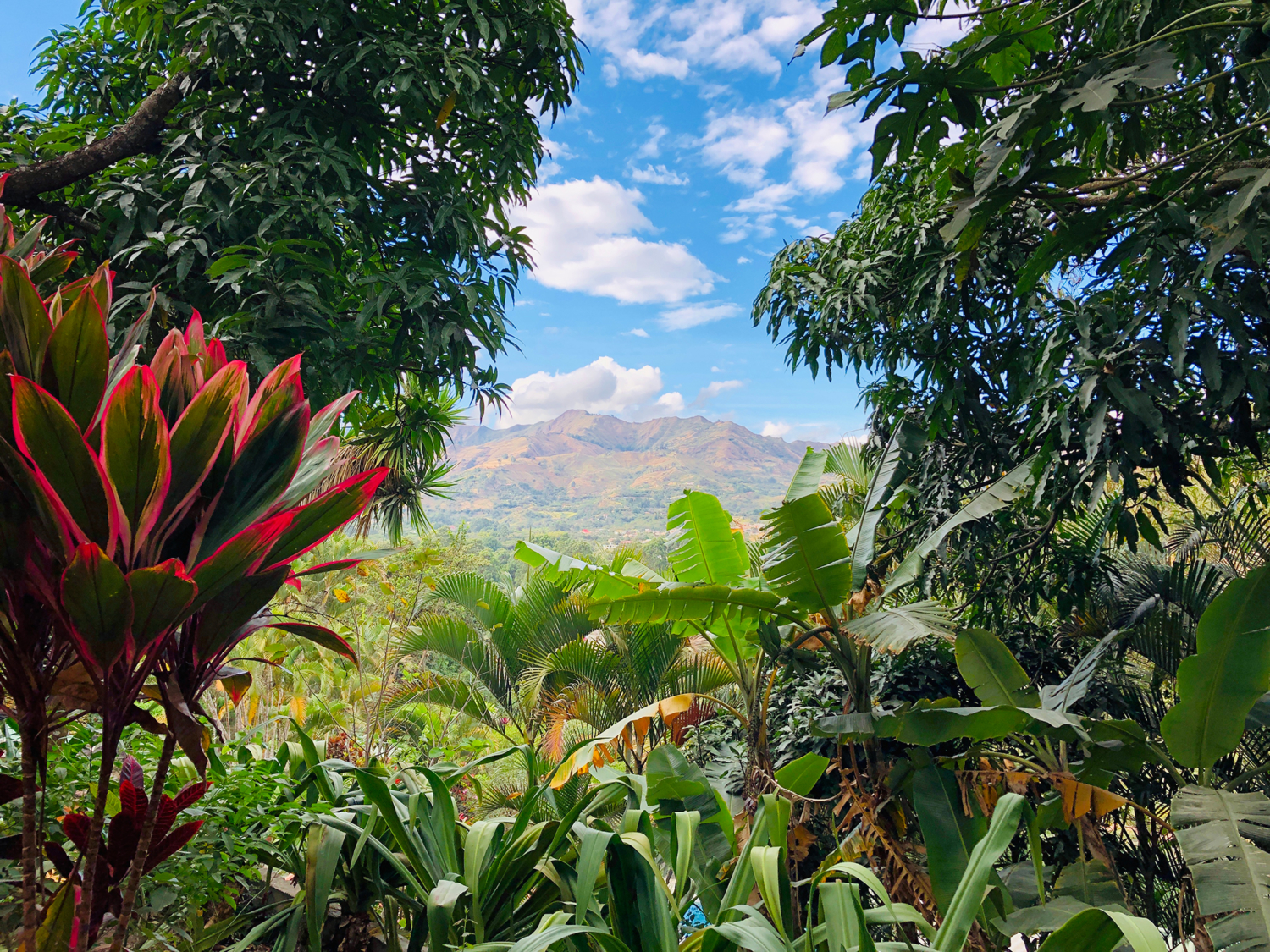 The mornings and evenings were a little chilly so we were thankful to have our jackets and pants, but we wore shorts and short-sleeved shirts most of the afternoons. 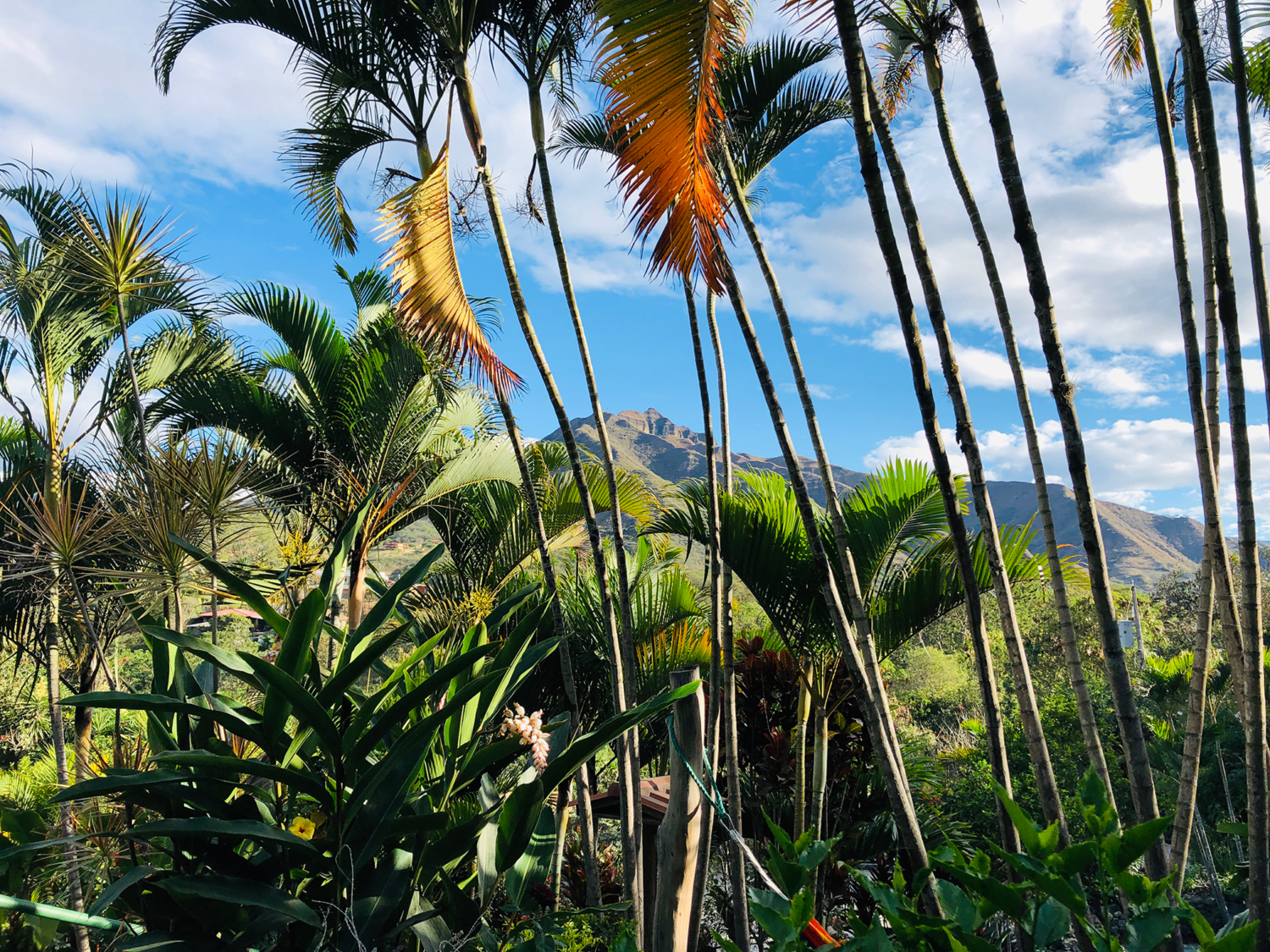 #2 The Natural Beauty of Vilcabamba

We have been to a lot of tropical places, but Vilcabamba ranks up there as one of the prettiest. The natural beauty is sometimes shocking and hard to believe.

Vilcabamba is located in a valley, so there are amazing views of the mountains from lower elevations, and the valley from higher elevations. 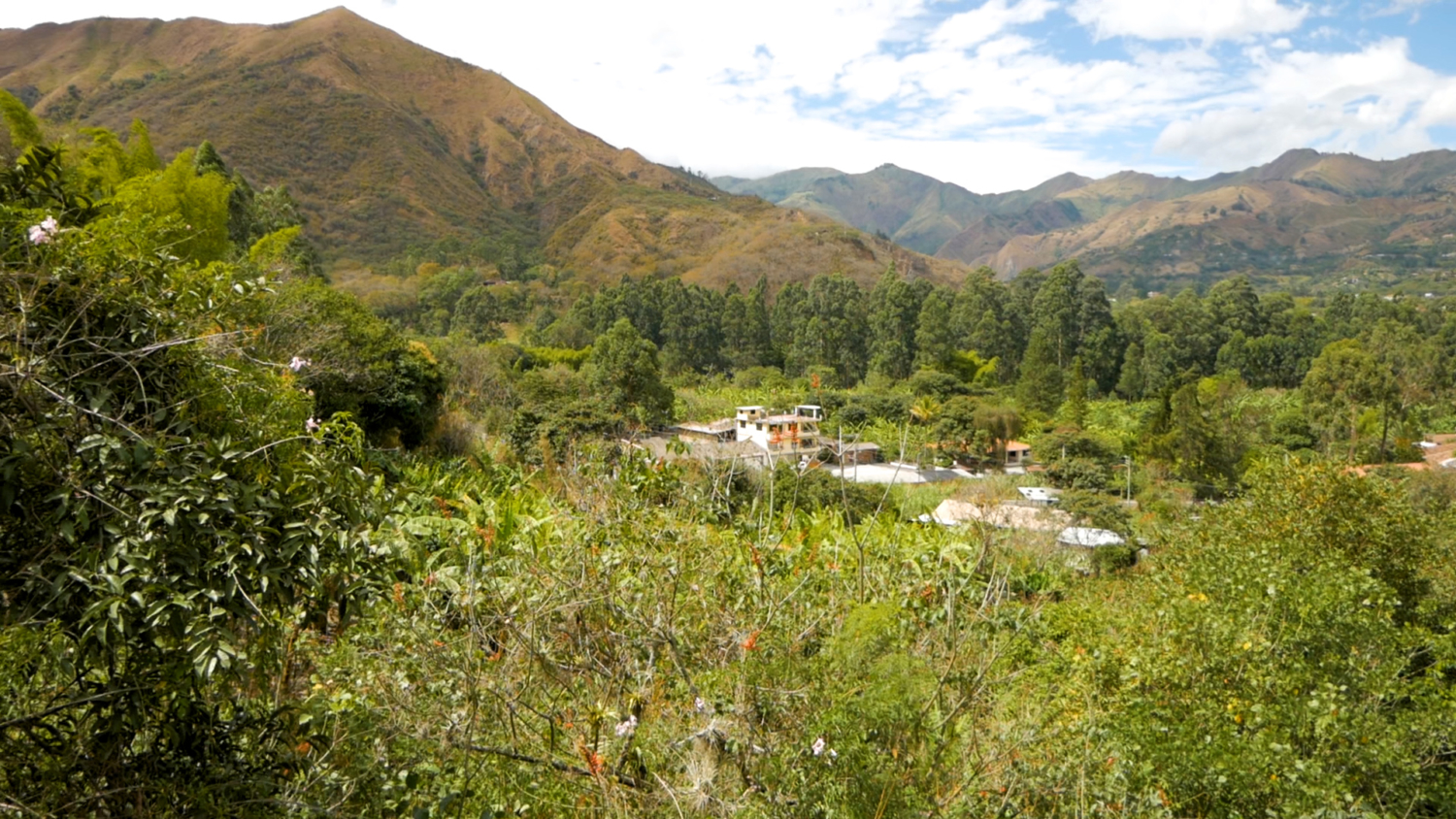 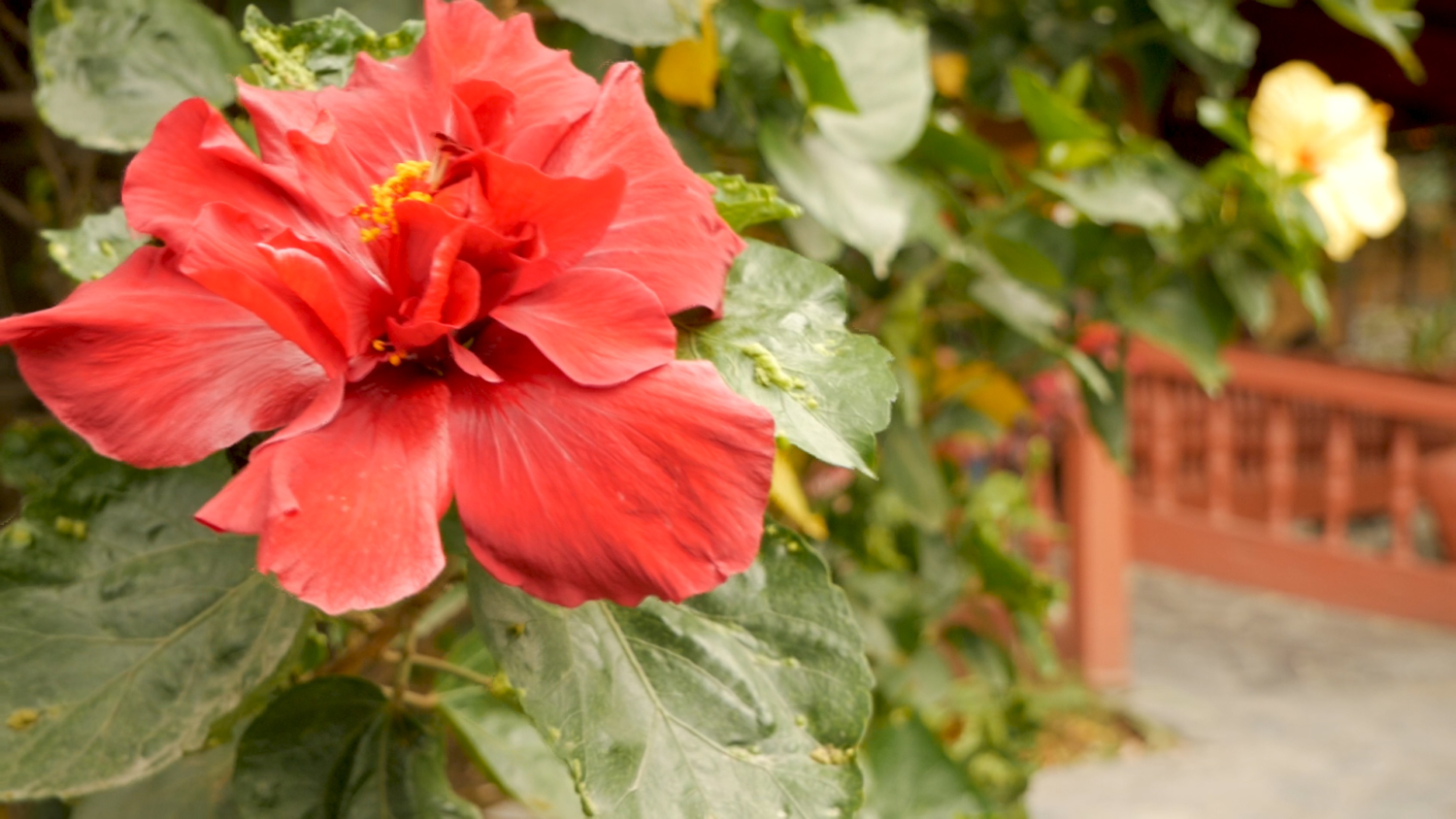 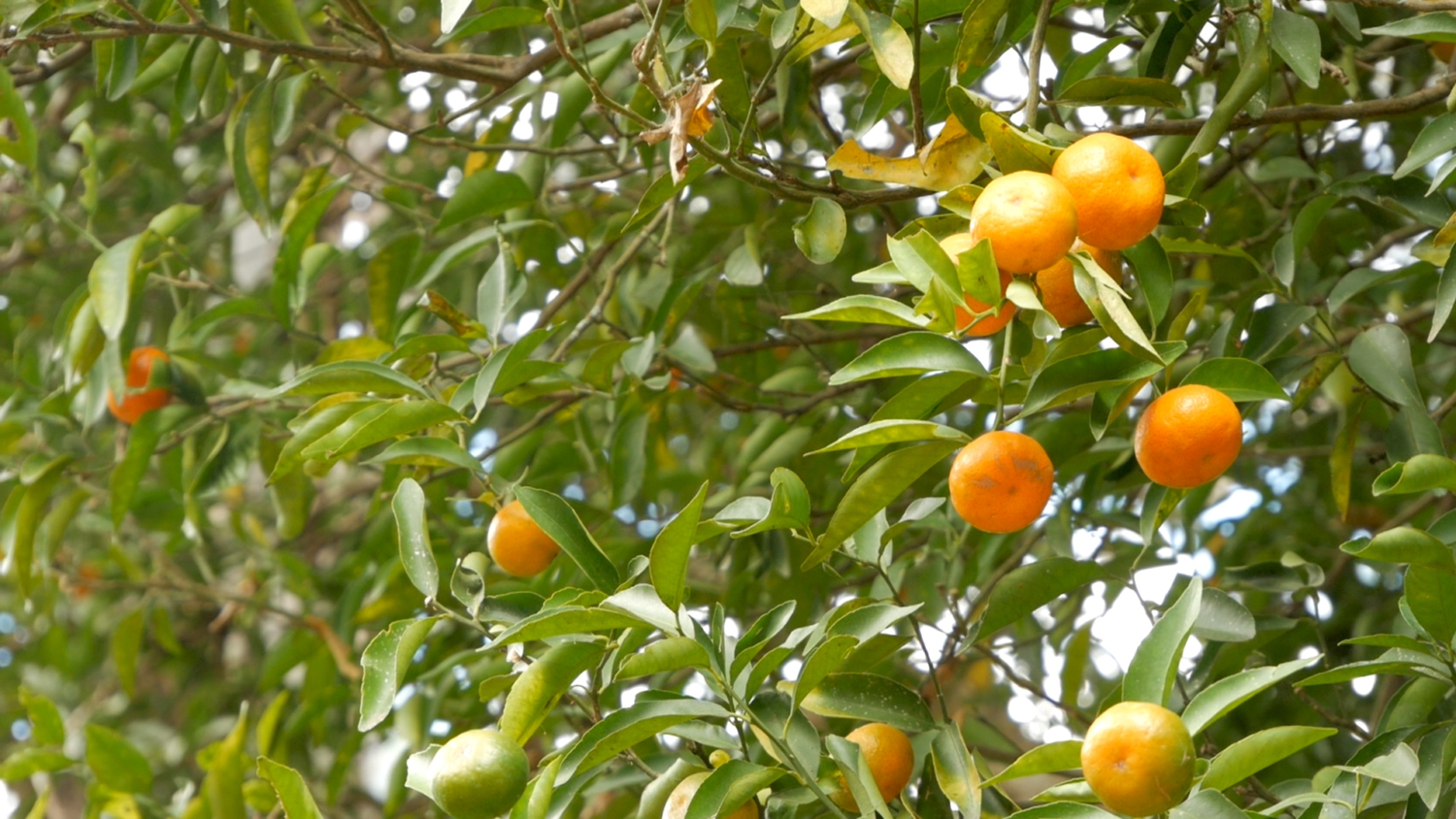 When we lived in Denver, Colorado, we hiked almost every weekend during the spring and summer months. We loved getting away from the busy city to enjoy the natural beauty of the Rocky Mountains.

Well, Ecuador is just as beautiful if you love hiking like we do. Unfortunately, on this trip to Vilcabamba, we weren’t able to hike as much as we wanted to due to my recovering sprained ankle. It’s almost completely healed now, so I’ll be ready for our next trip!

Our favorite hike was along the Rumi Wilco trail that leads into Vilcabamba. It was so quiet and peaceful that we had it nearly to ourselves. We only saw a few people on both days we hiked the trail. 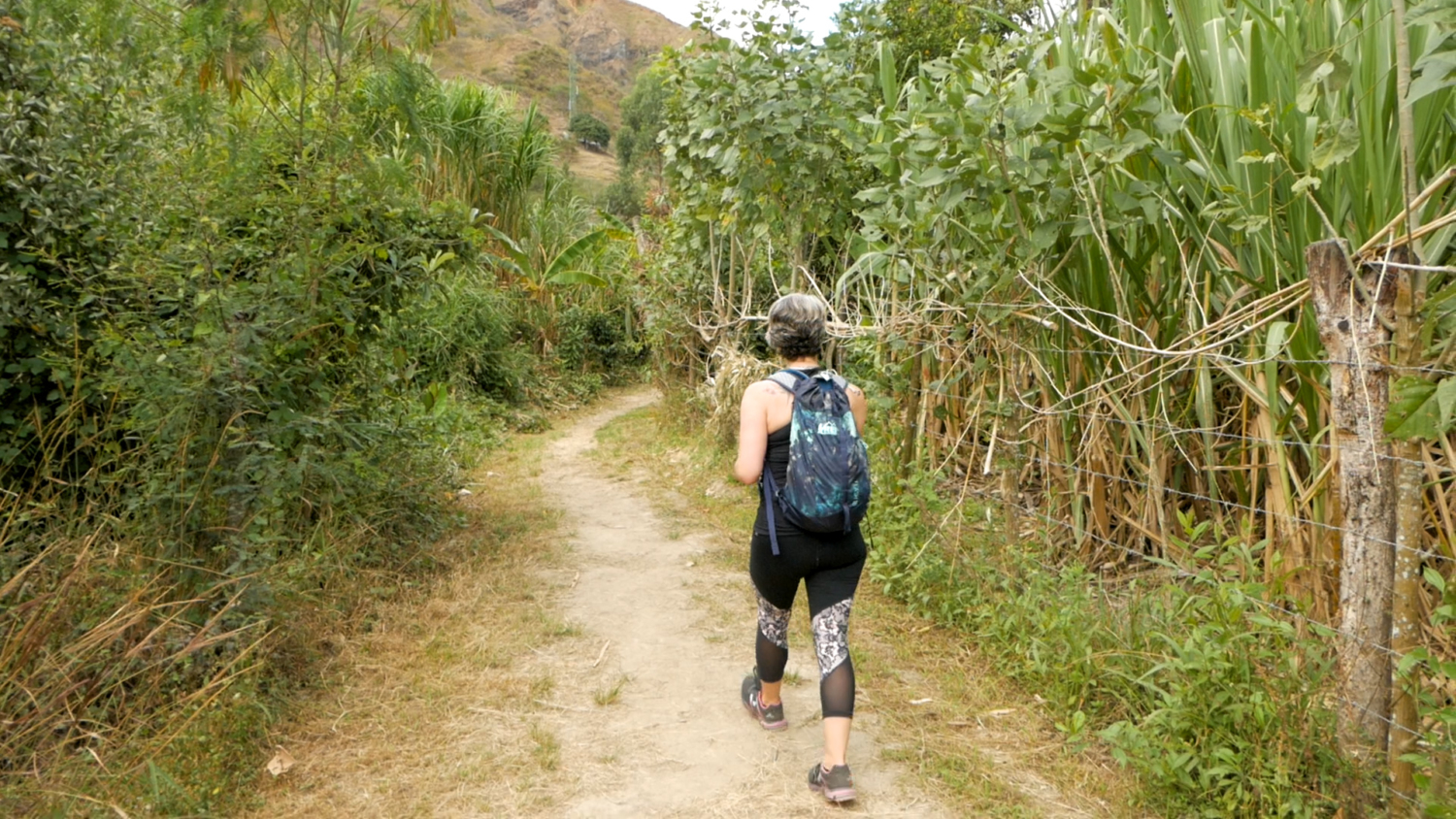 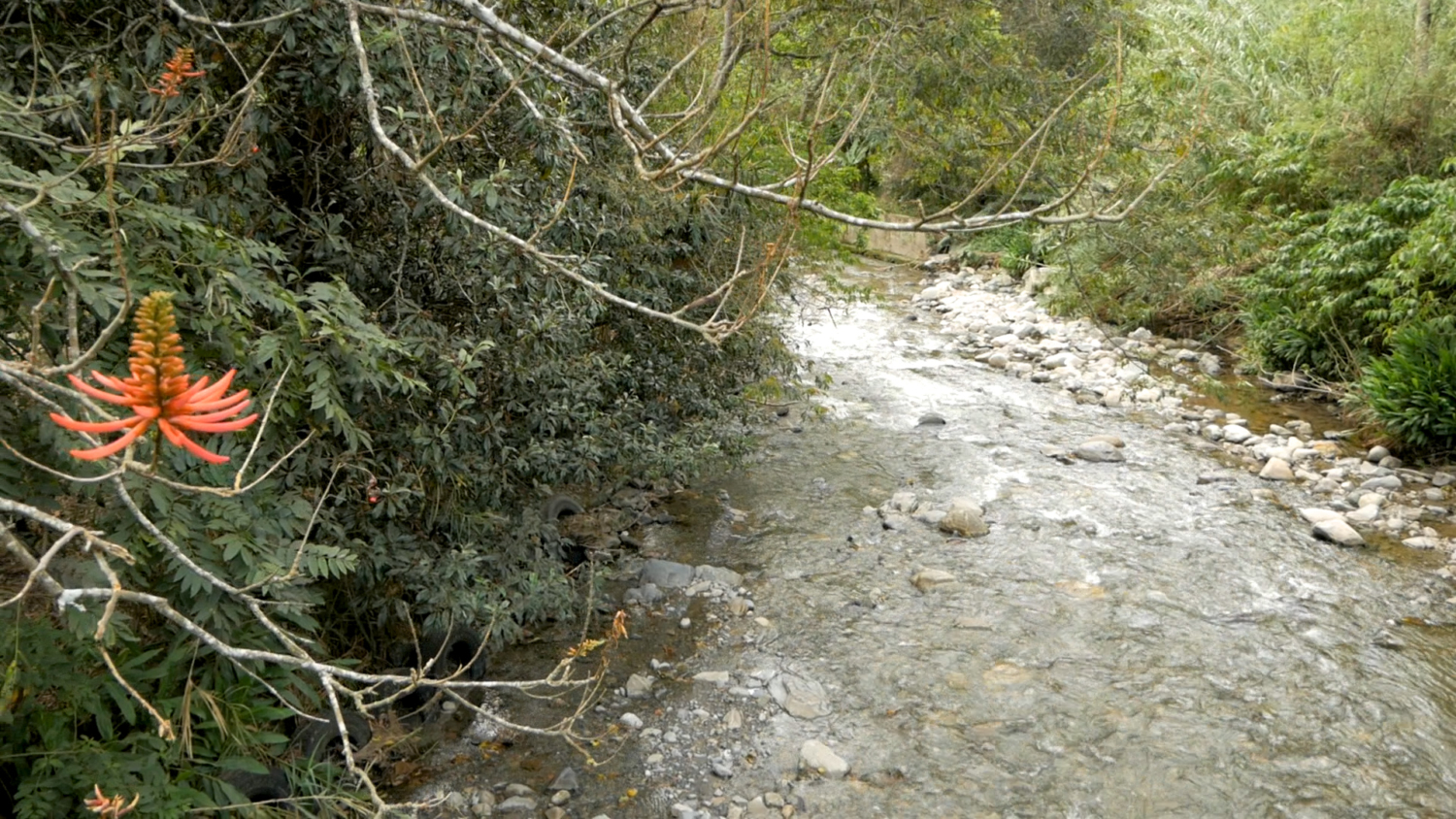 We also hiked along the gravel road that runs in front of Madre Tierra. It passed San Joaquin and looped around back into Vilcabamba. The views along this road of old structures and Mandango on such a bright blue-sky day were unbelievable. 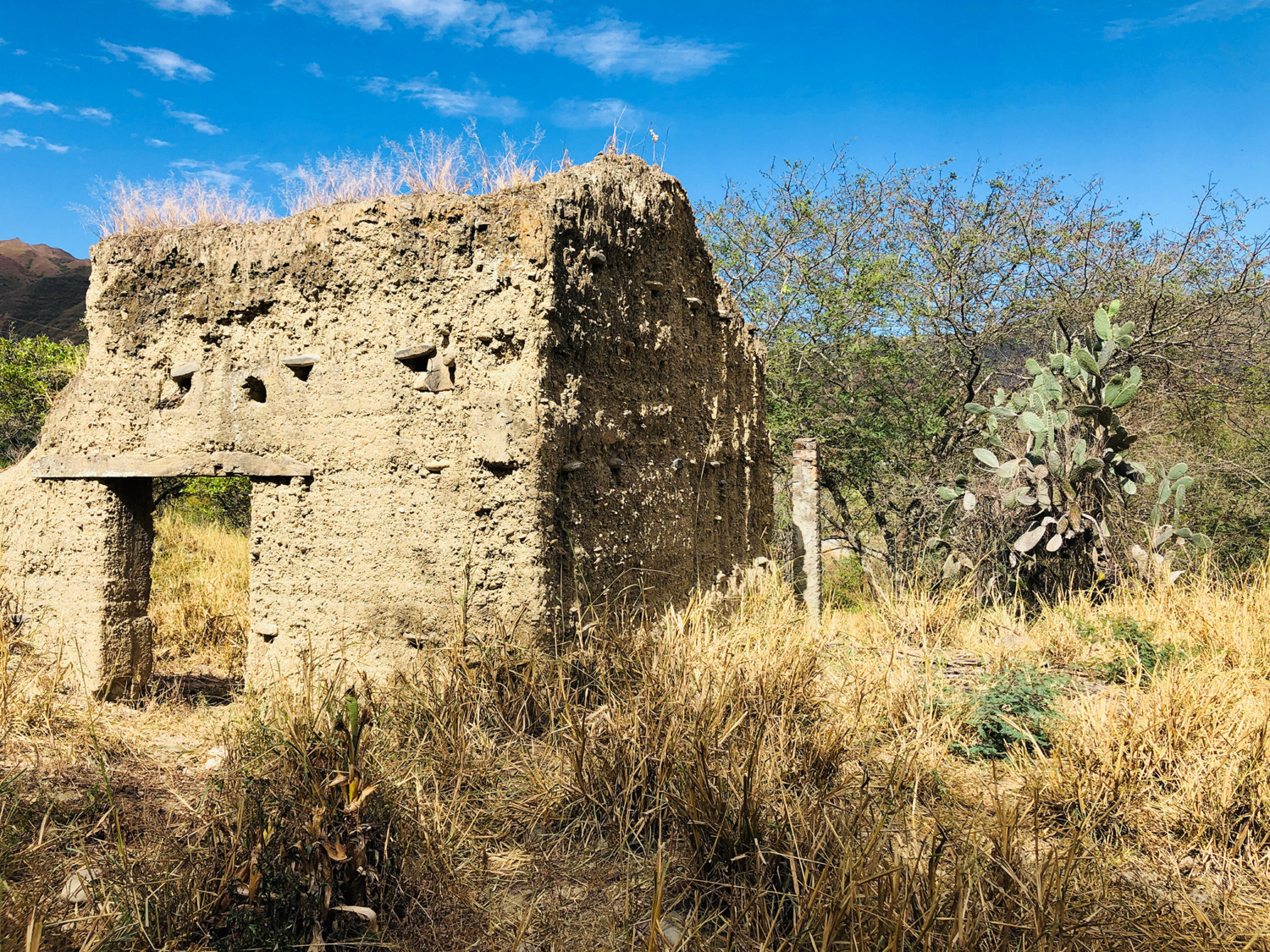 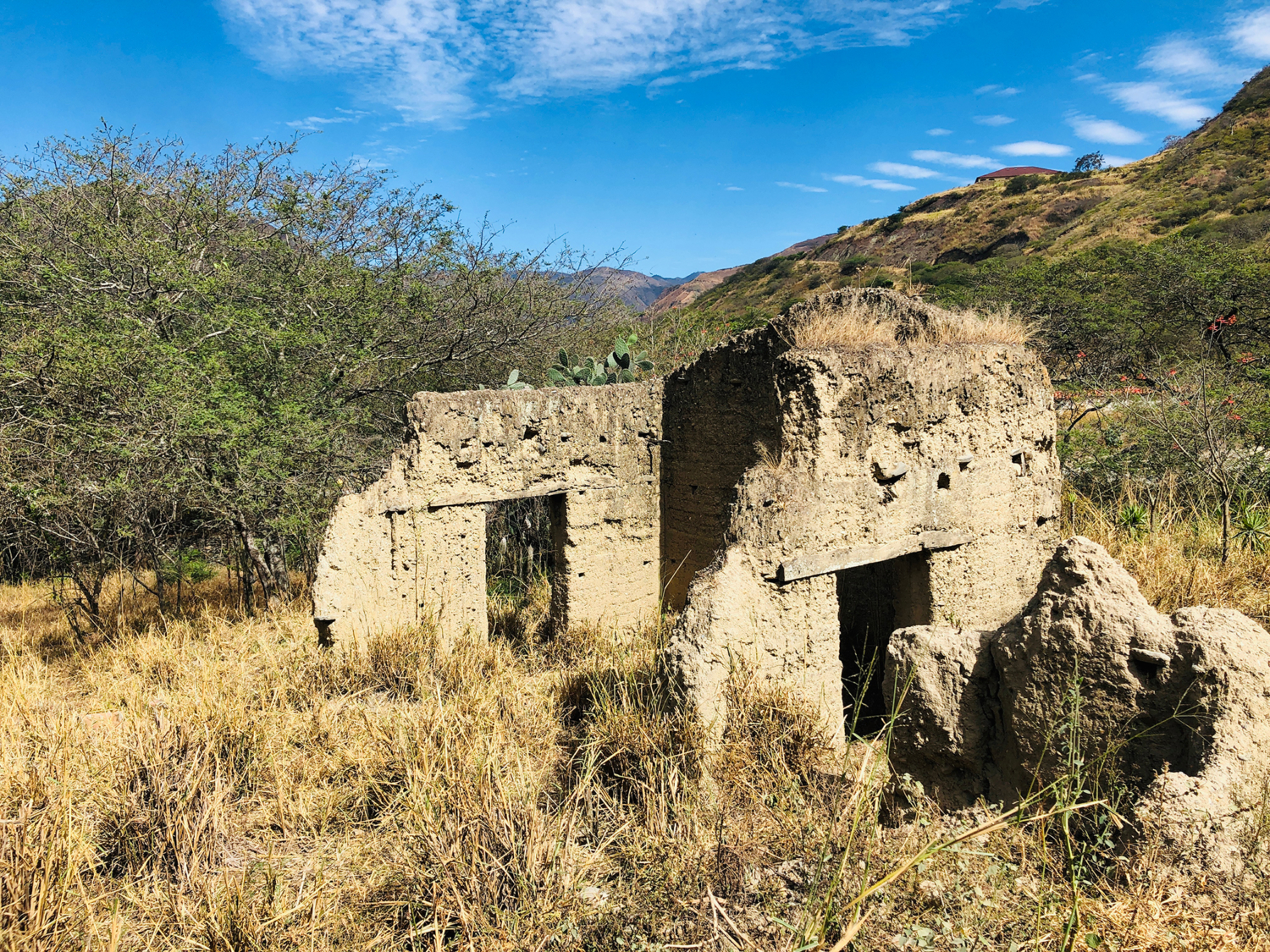 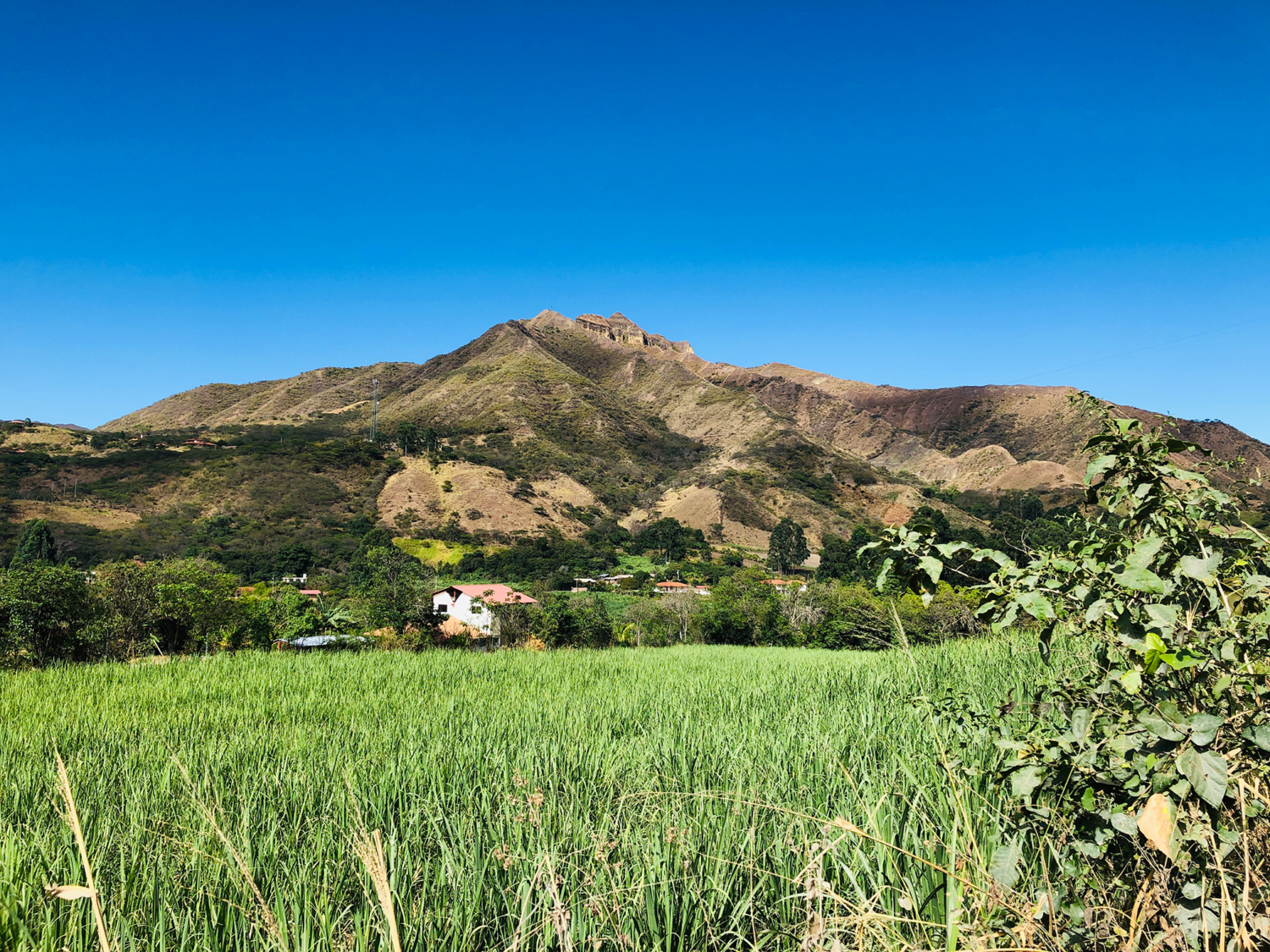 #4 The Food in Vilcabamba Ecuador

Since we stayed in a hotel without a kitchen, we ate out for every meal. Most of our meals were at Madre Tierra, but we ate in town several times, too.

Our favorite place by far was Mico’s Oasis Verde. We interviewed Mico about his restaurant and style of cooking in another video if you want to learn more. His food is plant-based, gluten-free, soy-free and delicious. We don’t have an issue with gluten or soy, but we appreciated the vegan options. 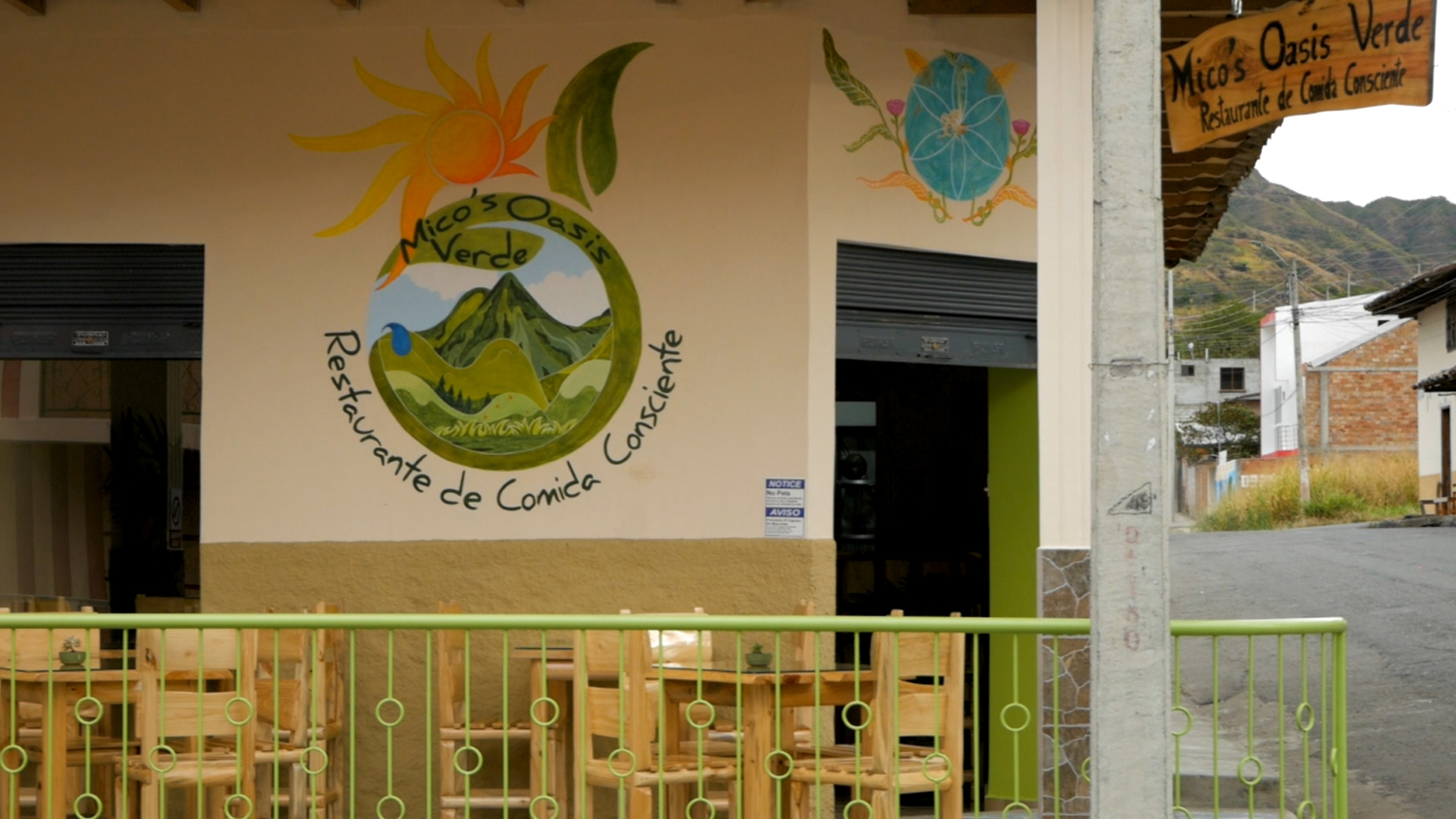 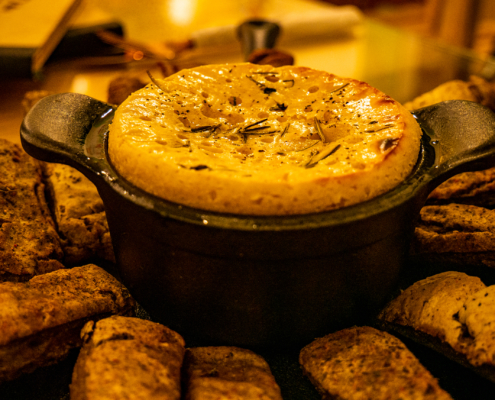 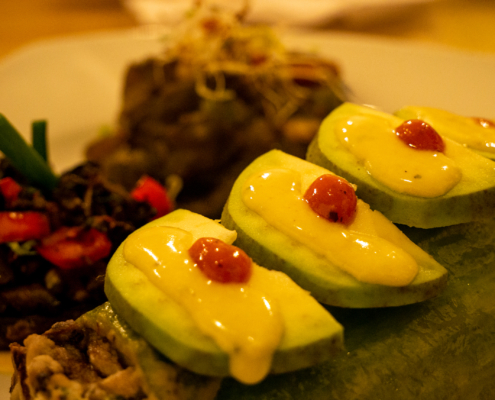 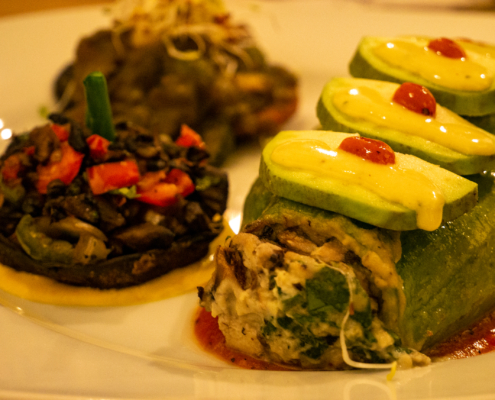 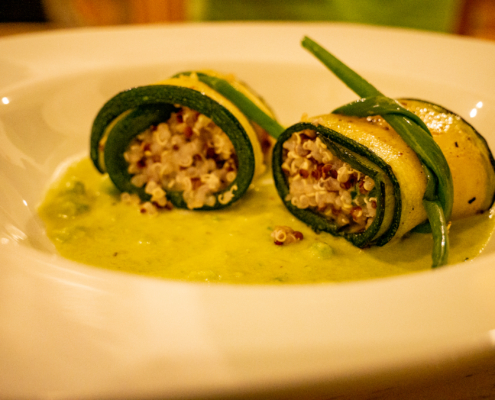 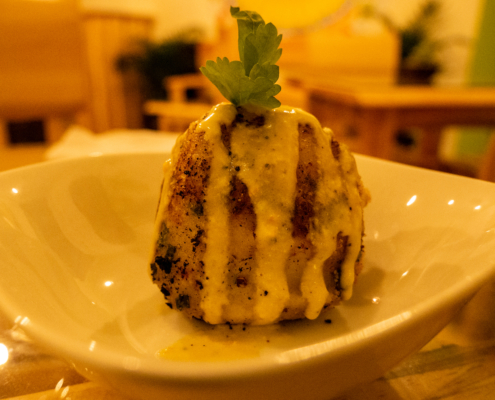 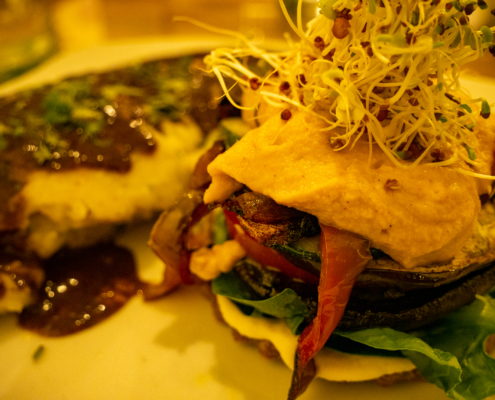 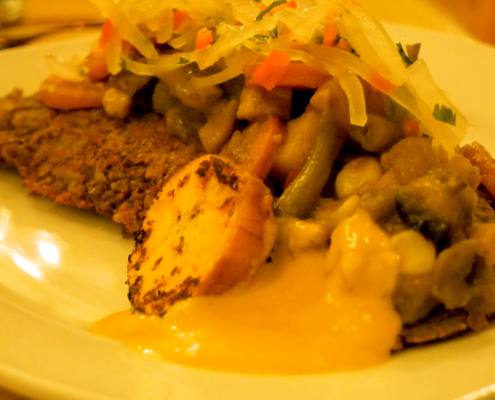 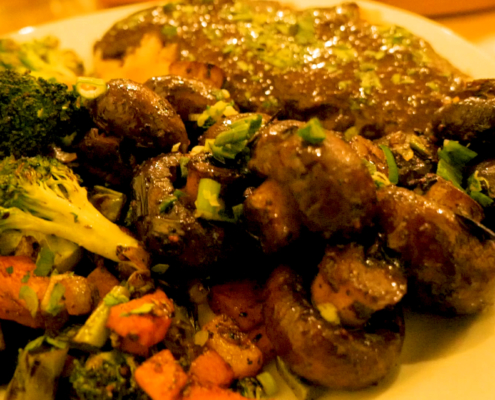 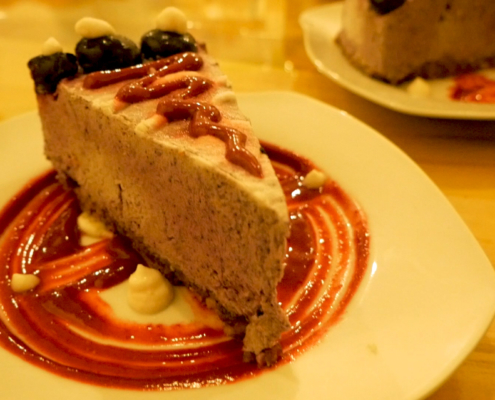 We also enjoyed United Falafel Organization (UFO) and their garden. The atmosphere and service were amazing, but their falafels were to die for! They were rich and flavorful, as were their fresh-made pitas and hummus. Yum! 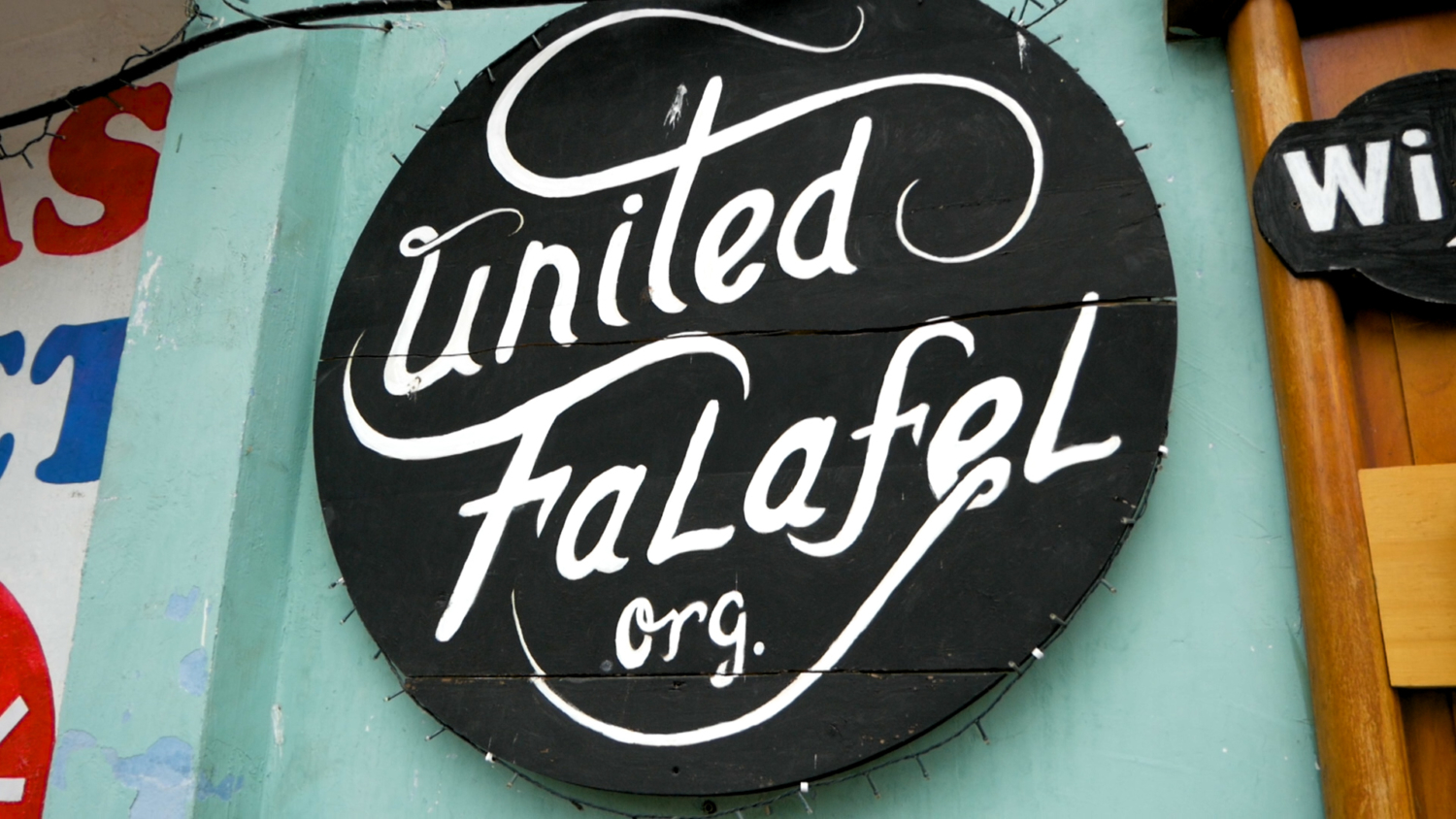 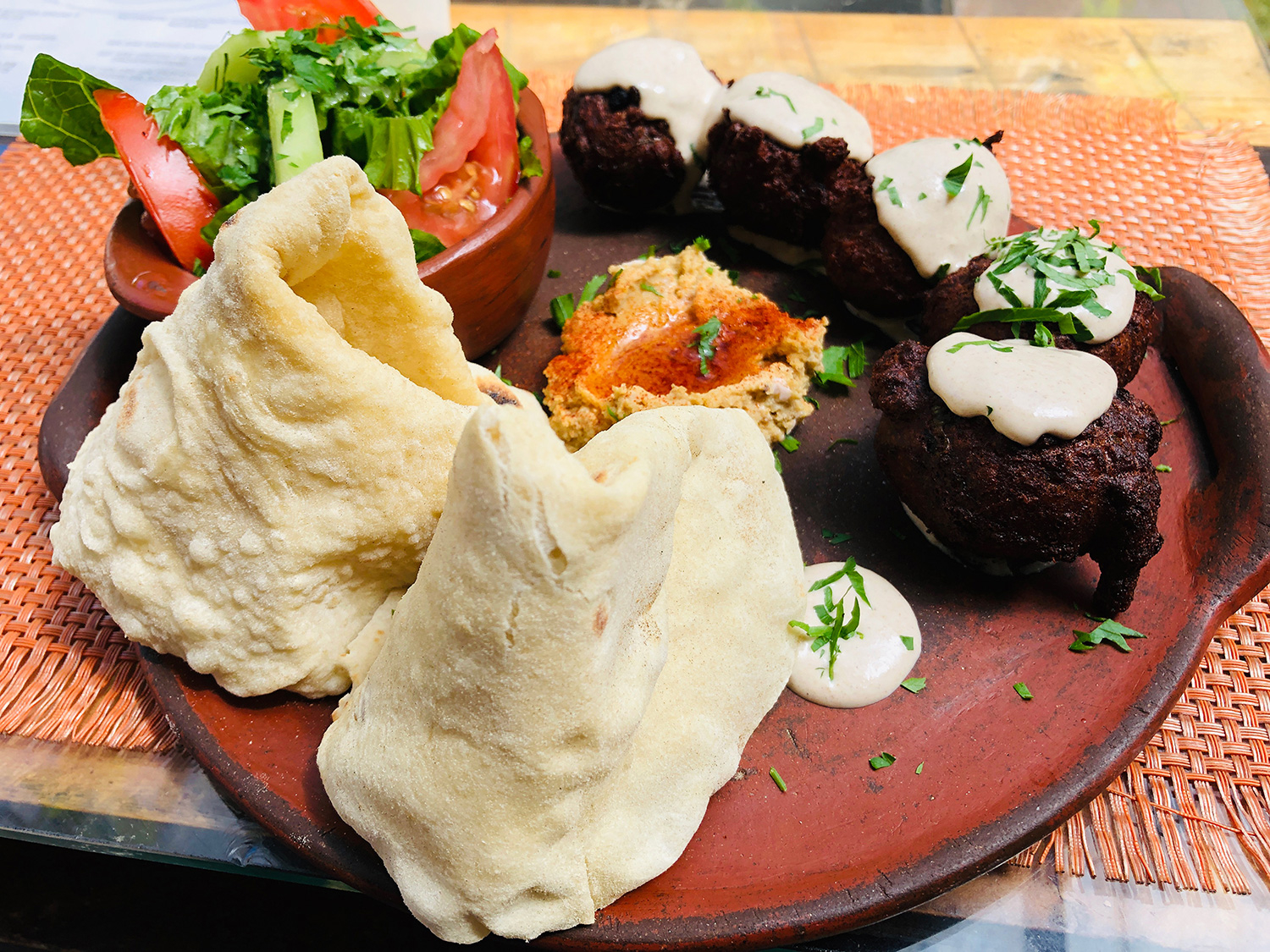 We also really liked our dinner at Urku Warmy Vegetariano in Vilcabamba. We had a giant salad that we shared, plus a delicious veggie pizza sin queso. 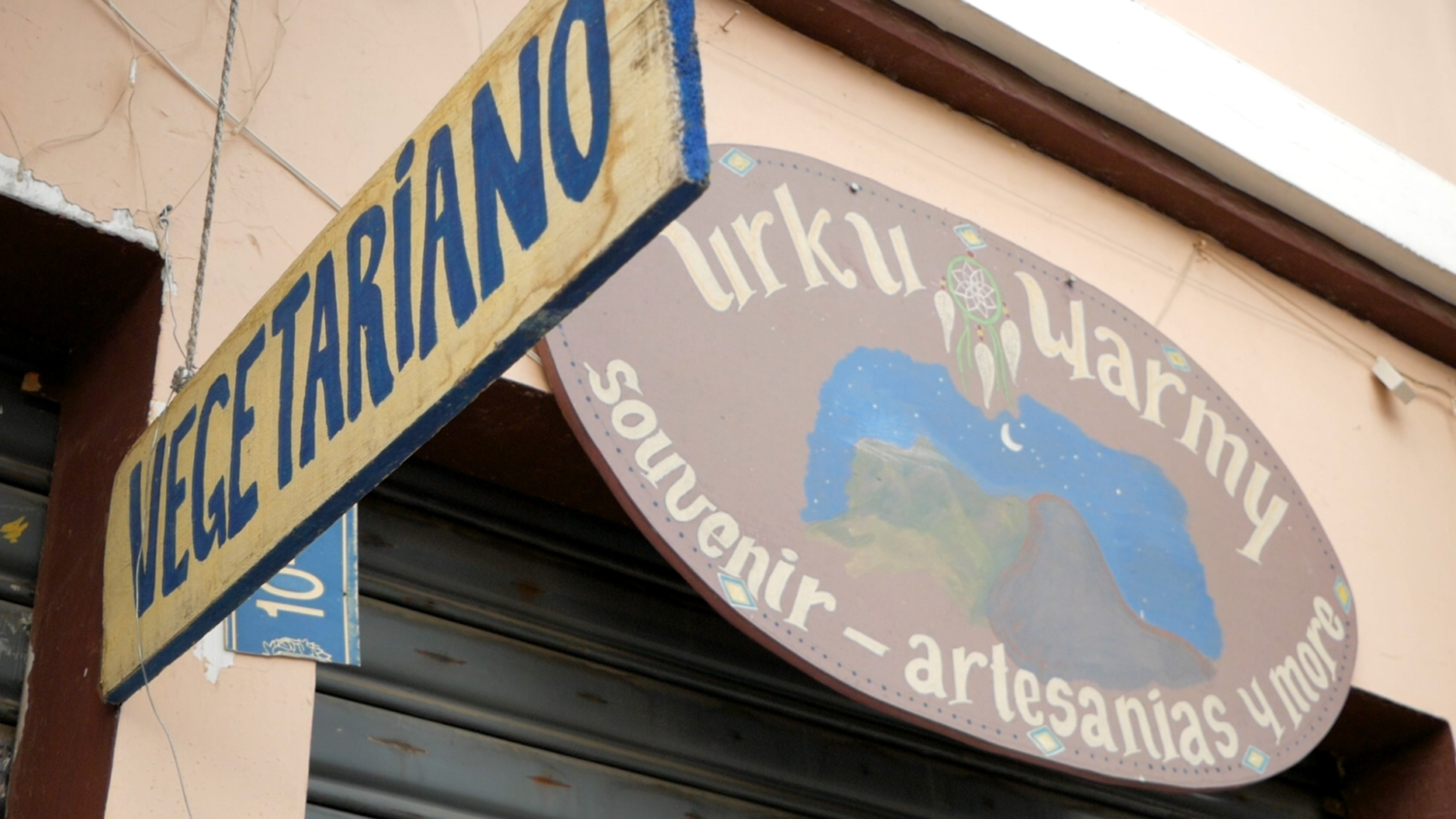 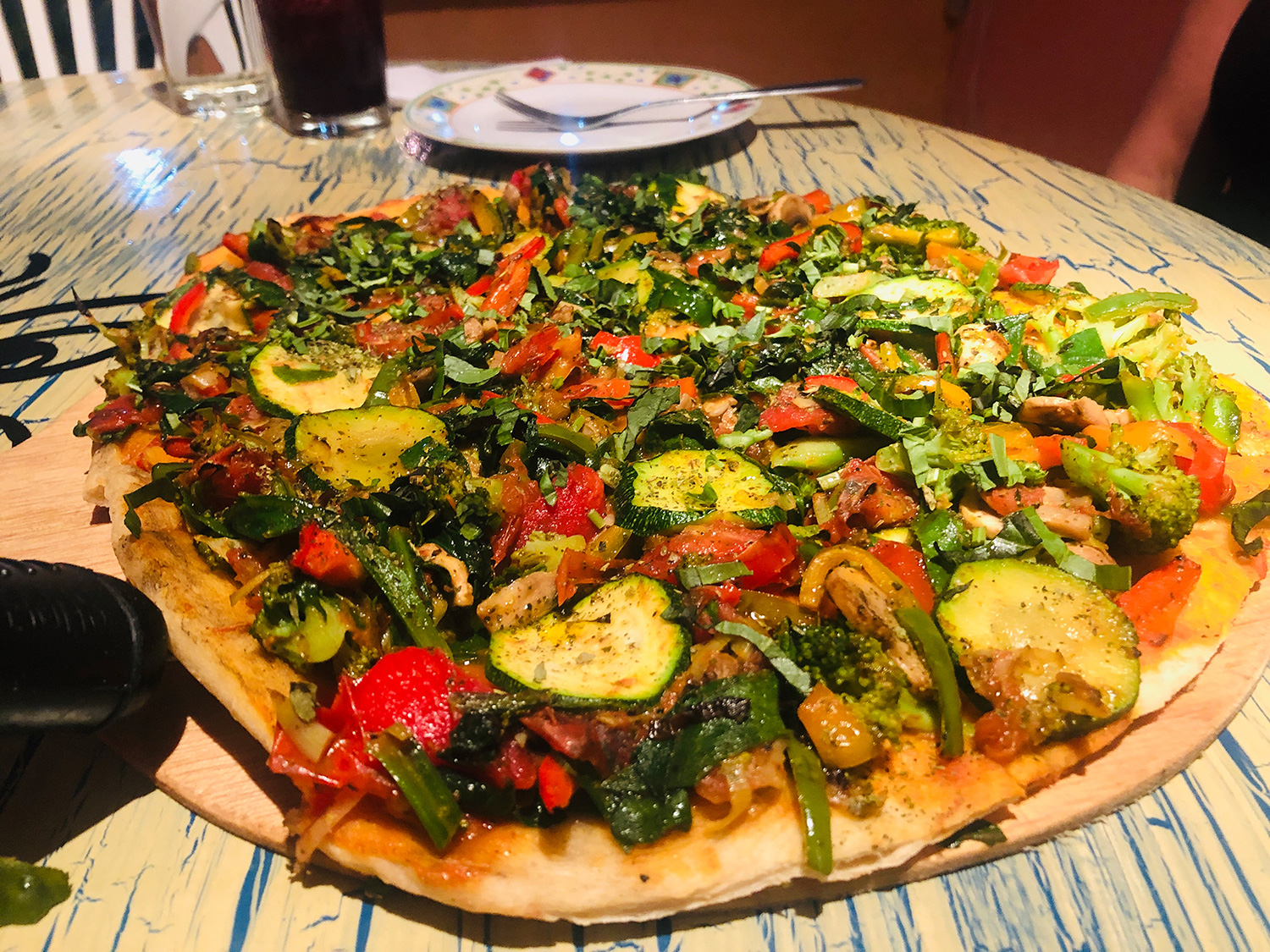 #5 Vilcabamba is Tranquil and Peaceful

Vilcabamba was much quieter than Cuenca. We didn’t hear many car alarms and no house alarms. The buses are much less frequent and don’t run through the center of town. The motorcycles are still loud, though, but the majority of sounds are farm animals and children playing. Overall, it was very tranquil and peaceful.

We especially like seeing all the people in El Centro enjoying life with family and friends. It was the hub of activity it the town, just like it used to be in the states several decades ago. It’s a much slower pace of life there. 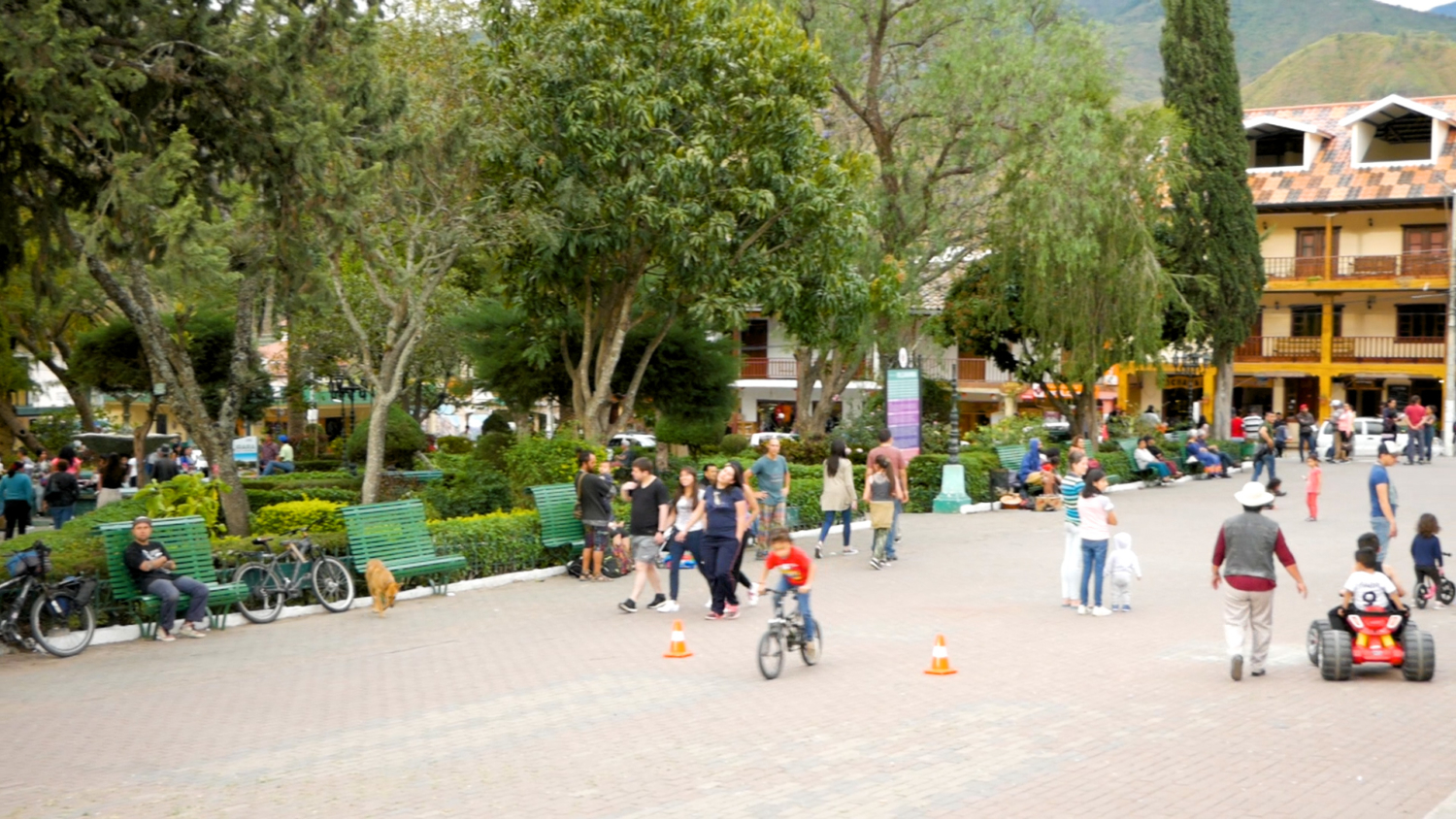 One thing that stood out over everything else was the eclectic mix of people in Vilcabamba. The gringo population is quite large there, much larger than we expected. Sometimes there were more gringos in and around El Centro than Ecuadorians. It appears the gringos spend their days talking with friends and drinking beer at the numerous streetside restaurants around El Centro. 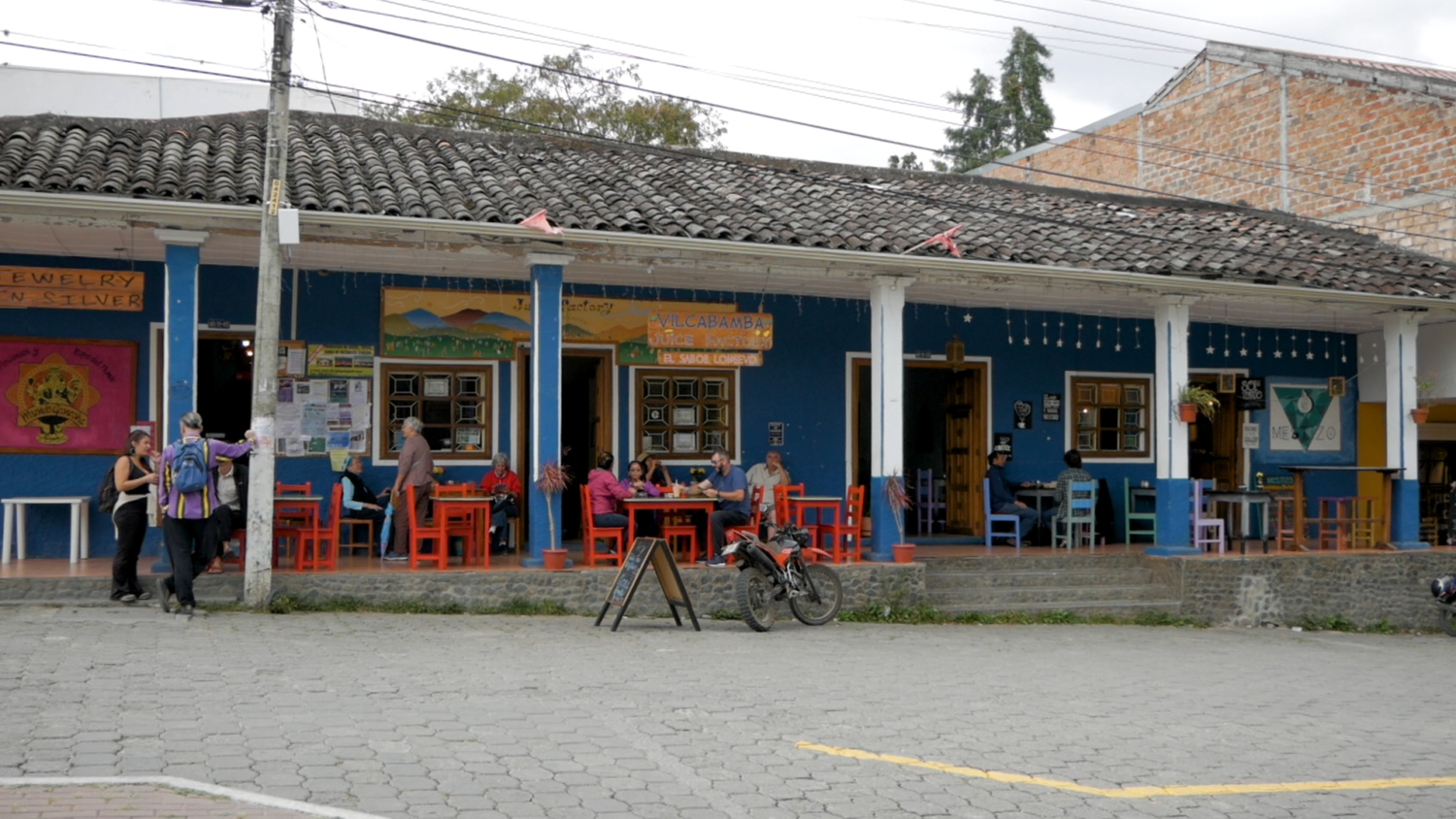 We heard multiple languages during our brief time in Vilcabamba, including French, German and lots of English, among others we couldn’t identify. Spanish is by far the most common, though. And many of the older Ecuadorians who run the shops and restaurants, and drive the taxis, don’t speak English, so knowing some restaurant and taxi Spanish is very helpful.

We used Duolingo and Memrise to learn some Spanish before coming to Ecuador. And now, our Spanish tutor is helping us take it to the next level.