If you’re confused about vegan vs. plant-based, you’re not alone.  When we first went vegan in 2016, we didn’t know there was a difference either. We thought being vegan meant eating a vegan diet, but that’s not entirely accurate as we later learned. Some people who claim to be vegan experts, are still confused about the fundamental differences between being vegan and eating a plant-based diet.

This video is a response, of sorts, to the rash of “ex-vegan” YouTube “celebrities.” Several, including Rawvana and Raw Alignment, have said they’re eating animal products due to health issues caused by their previous “vegan” diets.

These people were never actually vegan, though. They ate extreme fad diets that were plant-based, but they lacked the vegan ideology and mainly focused on the diet/vanity aspects related to being thin. Additionally, many of them were using veganism to hide an eating disorder for which they need to seek professional help.

Welcome to our blog!

Before we dive in to vegan vs. plant-based, welcome to our blog! We haven’t thought to promote it before, assuming people would dig deeper and find it, but several people pointed out they didn’t know about it so we thought we’d tell you.

All of our videos have an associated blog post with more pictures, context, details and links to relevant information and businesses. If you ever have a question that we didn’t cover in the video, check the blog post linked in the YouTube description. It might be there.

Many people try to redefine veganism to paint vegans as hypocrites. However, there is a clear definition of the vegan ideology that was written more than 40 years ago. It states:

Veganism is a way of living which seeks to exclude, as far as is possible and practicable, all forms of exploitation of, and cruelty to, animals for food, clothing or any other purpose.

Just because we have to get a vaccine that’s made using eggs doesn’t make us hypocrites. Unfortunately, the companies who make vaccines are resistant to adopt vegan methodologies because it costs money to switch their production systems over, so we’re stuck with what they offer.

The same goes for bugs and small animals killed during the harvesting of our crops. There are ways to reduce the impact of our farming methodologies on insects and animals, but they’re more expensive so most companies haven’t adopted them.

With that said, nearly 80% of all land on this tiny planet is used to either raise livestock or the grain that’s fed to livestock, which yields less than 20% of the calories we consume. So if you really want to reduce the number of insects and small animals killed during farming, go vegan.

When you think about vegan vs. plant-based, remember that veganism is NOT a diet. However, it does have a major dietary component because we eat several times per day. Just like with the omnivore diet, there are several different types of plant-based diets:

There are others, plus some people also opt for water fasts, juice fasts and intermittent fasting.

However, NONE of this has anything to do with veganism. They’re diets that happen to be vegan or mostly vegan, and just like all the omnivore diets (Mediterranean, Atkins, Keto, Paleo, Weight Watchers, Zone, South Beach, DASH, etc.), some have been scientifically proven to be healthier than others.

After extensive research and reading, we opted for the WFPB No-Oil Diet promoted by many doctors and scientists, such as Dr. Greger, Dr. Esselstyn, Dr. Campbell, Dr. Popper, Dr. Garth Davis, Dr. Neal Barnard and many others. It’s essentially the Mediterranean Diet without animal products.

We have a LONG blog post on our sister website, LottaVeg.com, that lists our Credible Nutrition Sources and we also share our criteria for selecting them. We encourage you to read through that blog post and develop your own criteria for choosing who to trust because not every “expert” is trustworthy. 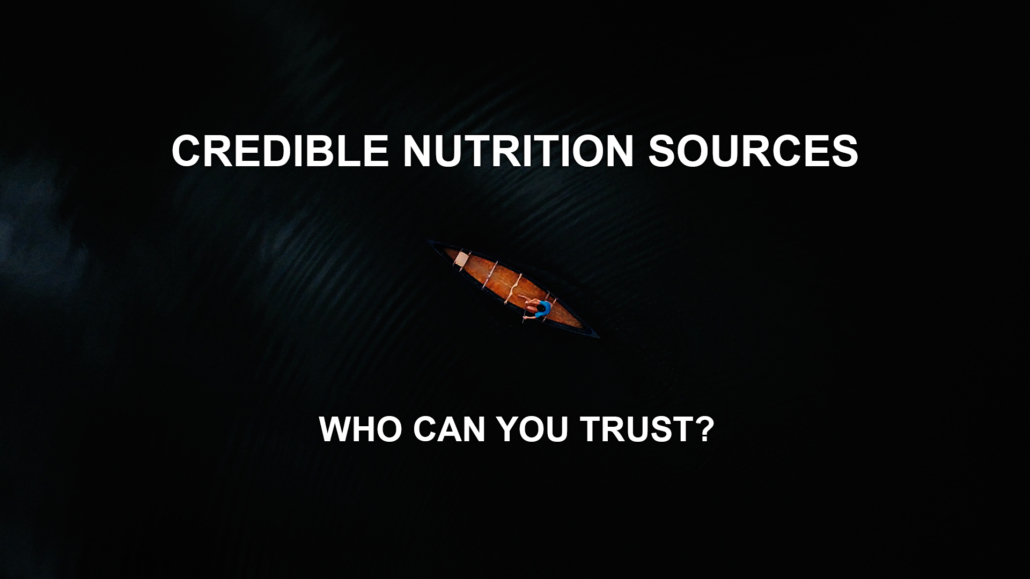 Please keep in mind that just because someone publishes a book doesn’t mean it’s true or scientifically valid; it only means the publisher thought the book would sell. Unfortunately, a lot of so-called “experts” misrepresent the science to sell books, supplements and diet programs that don’t actually work. Trust no one.

We also have a list of the Best Plant-Based Books for a Longer, More Vibrant Life over on LottaVeg.com. If you want to know the science behind our diet, we encourage you to read two or three of these books.

Proteinaholic by Dr. Garth Davis is a good place to start because he goes into detail about how to spot bogus, corporate junk marketing science. If heart disease is a concern for you, skip straight to Prevent & Reverse Heart Disease by Dr. Caldwell Esselstyn. 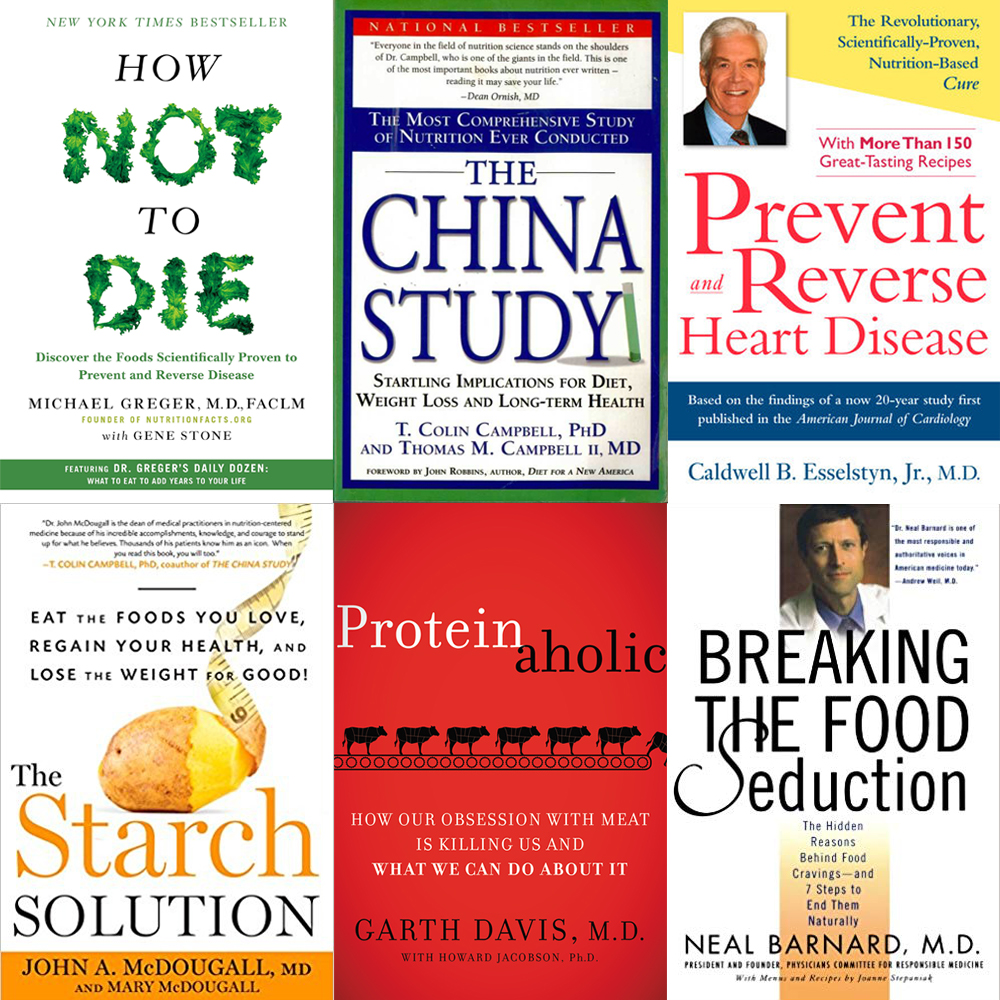 That’s the difference between our diet and most other diets: there are dozens, probably hundreds of doctors and scientists who study it and use it to treat their patients. It’s not one guy who published a book or YouTube channel that misrepresents the science in order to profit from your confusion.

They may not agree on all the fine details, but they all agree on the main premise: eat plants, not animals. We evolved from primates who eat plant-based diets. We didn’t evolve from lions and tigers and bears.

If you’d like to see what we eat on a WFPB No-Oil Diet, check out our Plant Based Cooking videos.

If you want to know why we don’t trust science paid for and/or conducted by corporations or industry associations, please read Unsavory Truth by Dr. Marion Nestle (no relation to the food company). She has made it her life’s work to uncover corruption in the food industry, and it’s far more insidious than we ever thought. 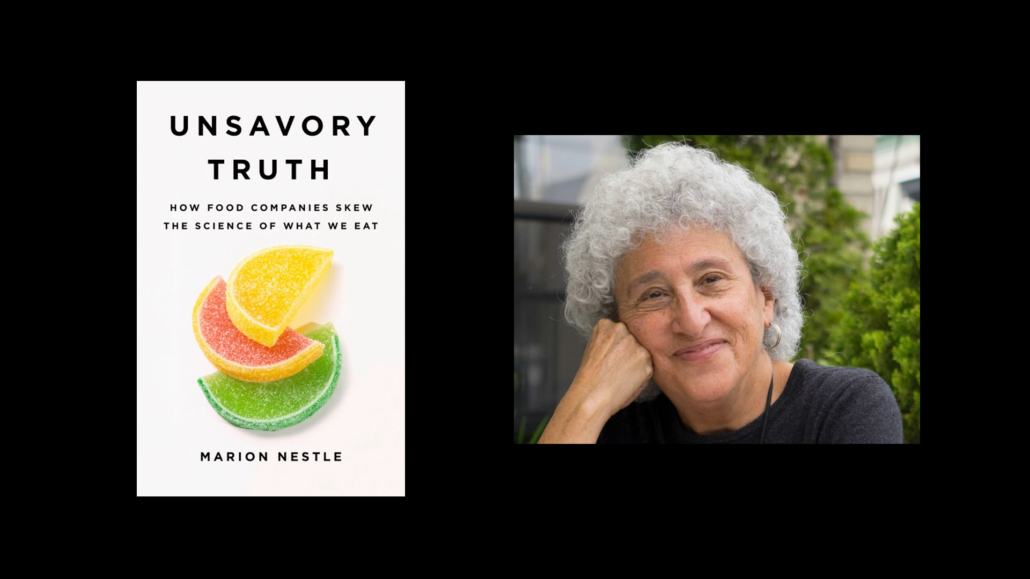 Don’t take our word for it, thought. A lot of people have shared their thoughts on the confusion about vegan vs. plant-based. Here are just a few:

GojiMan on Vegan vs. Plant-Based

Mic the Vegan on Vegan vs. Plant-Based

Plant Based News on Vegan vs. Plant-Based

Expat Life In Cuenca Ecuador – Lunch at YuraVeg + Shopping at Sukasa in...
Scroll to top