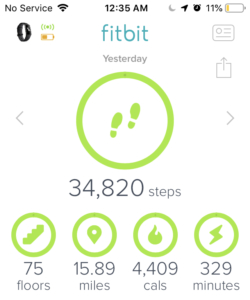 This was our second New Year’s Eve in Cuenca Ecuador, but I was sick last year so we didn’t leave the house. This year, we logged over 15 miles in our day in the life walking around Cuenca looking at the monigotes.

If you’d like more background on the monigotes, or effigies, check out our last video: Preparing for New Years in Cuenca with Monigotes and Black Eyed Peas.

Each neighborhood has a monigote contest and the winning monigote gets set on fire at midnight. We weren’t sure where to go for the best viewing, so we decided to wander around El Centro in the afternoon to find the best spot. After seeing a couple of displays, we headed back home to eat dinner and do some research online about where to go. 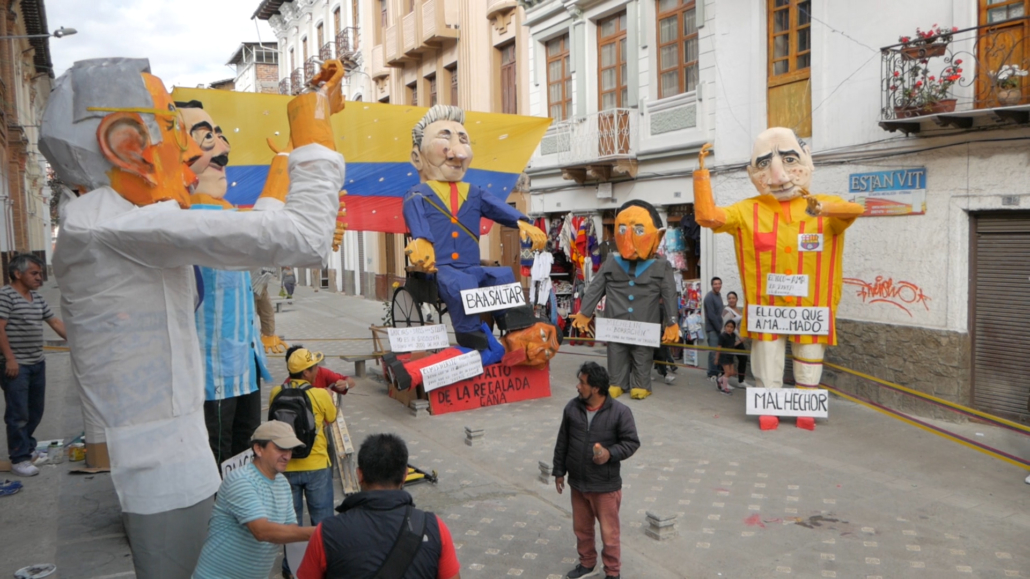 Lucky for us, Amelia found that our neighborhood of El Vergel has a great New Year’s Eve party and monigote display, so we left the house around 8:30 PM to go check it out. The party was already in full swing with live music and lots of monigotes.

Since it was still early, we decided to walk back down to El Centro to look for more of the displays we found online. We also saw lots of men in drag dancing in the streets and collecting money. The funniest ones were the men dressed like indigenous women dancing in the streets. We’re not sure what the money went to, but they were very entertaining. 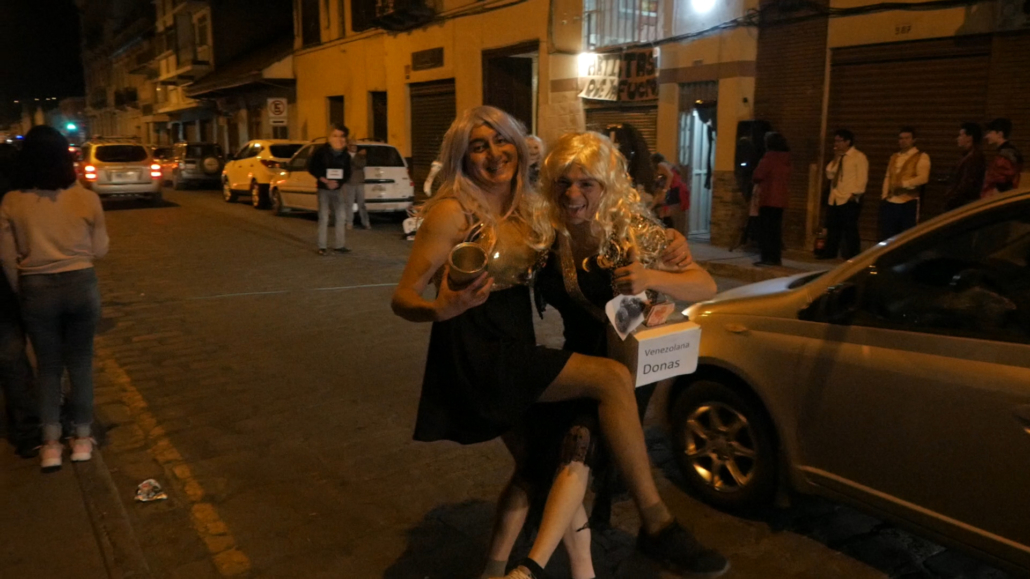 After walking up and down the streets in El Centro for a couple hours, we walked back home for a snack and then back down to the park in El Vergel to countdown the new year and see the monigotes set ablaze.

It’s hard to describe the atmosphere on New Year’s Eve in Cuenca Ecuador, and the video doesn’t do it justice. At midnight, everyone sets their monigotes on fire with fireworks exploding all around and people throwing firecrackers and other fireworks up in the air and into the crowds. Small children were lighting fireworks and throwing monigotes on piles of other burning monigotes. 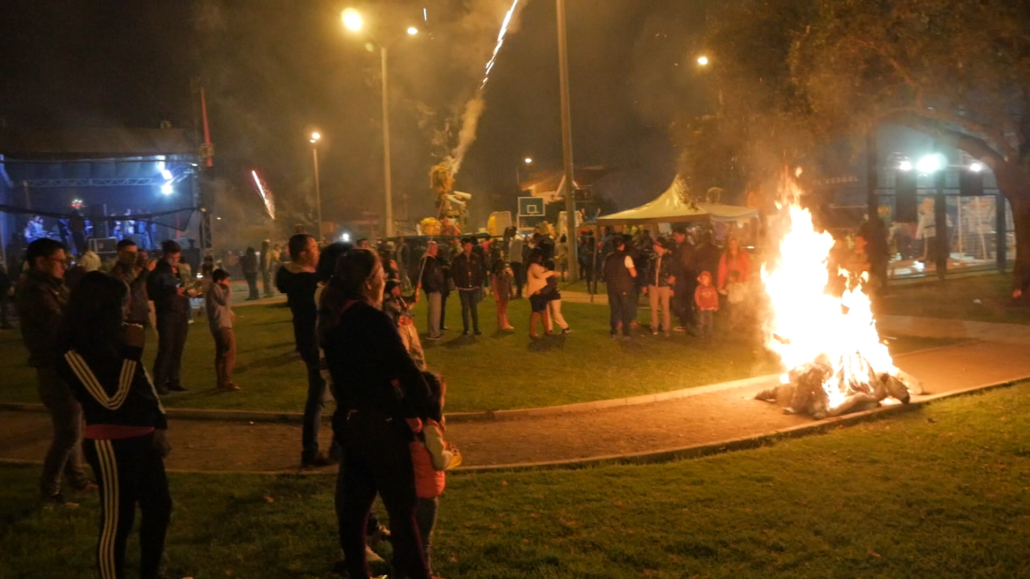 In the US, none of this would be legal or allowed, but it’s “tradition” in Ecuador and other Latin American countries. The Cuencanos will be ready for armageddon because they live through it every year on New Year’s Eve!

I’m Amelia with Amelia And JP.
That’s me.

JP is behind the camera.
[Loud Fireworks in Background]

We decided to come downtown in El Centro

to see what’s happening in search of

the big monigotes. Find out where they’re
going to light them tonight.

We’re back over by the stadium after
walking around El Centro.

There’s not a lot happening yet.

You can see behind me people are still

We’re gonna do that as well by going home

and making dinner before we head back out.

We are in El Vergel waiting to go in to see
the different monigotes.

We left El Vergel and now we’re
on our way to El Centro.

and I had to have JP stop and record

because I think this is the first time

we’ve ever seen the park this empty.

>> A: We had a lot of fun wandering
the different neighborhoods

and checking out the super impressive
monigotes.

I didn’t realize that they were that
elaborate and massive.

And that there were contests within the
different neighborhoods

to see who has the best one.

We personally think our neighborhood
is the best, El Vergel.

Because they have a band and we can hear..

hear them now and we’re gonna go
and see them

and maybe dance a little bit.

We didn’t know what to expect and

>> JP: Fireworks are going off
in the background.

And it’s not slowing down.

Now I have to get up and edit this video

so you guys can see it on New Years Day.

>> A: We can sleep in
a little bit tomorrow.

But, man, what a cool experience
this has been today.

>> A: Yes. And please remember to turn
your alarm off.

or yesterday morning actually because
I forgot to turn our alarm off.

and ring the bell so you get notified
of all our upcoming adventures.

We have some cool..

We took a cool excursion
outside of Cuenca.

>> A: Yeah. You’re gonna wanna
check that out and

we have a lot of other good things
planned for 2019 as well.

Cuenca Ecuador Monigotes are everywhere! Each year on New Years Eve, Ecuadorians and people throughout Latin America burn monigotes in the street as a way of casting out the old and welcoming in the new. The word “monigote” literally translates to ragdoll, but a more accurate translation would be effigy. They’re also called Año Viejos, which translates to Old Year Things. 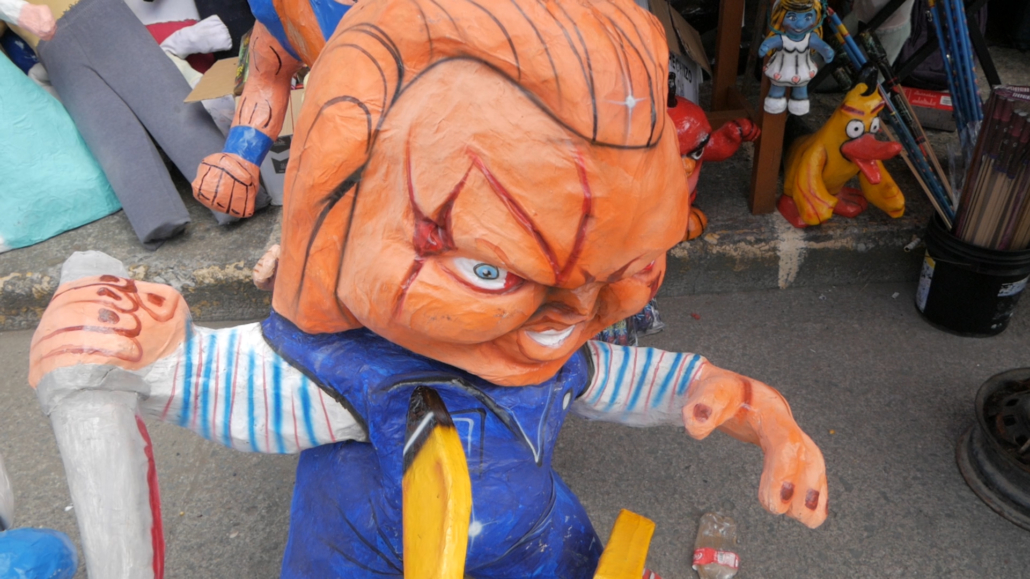 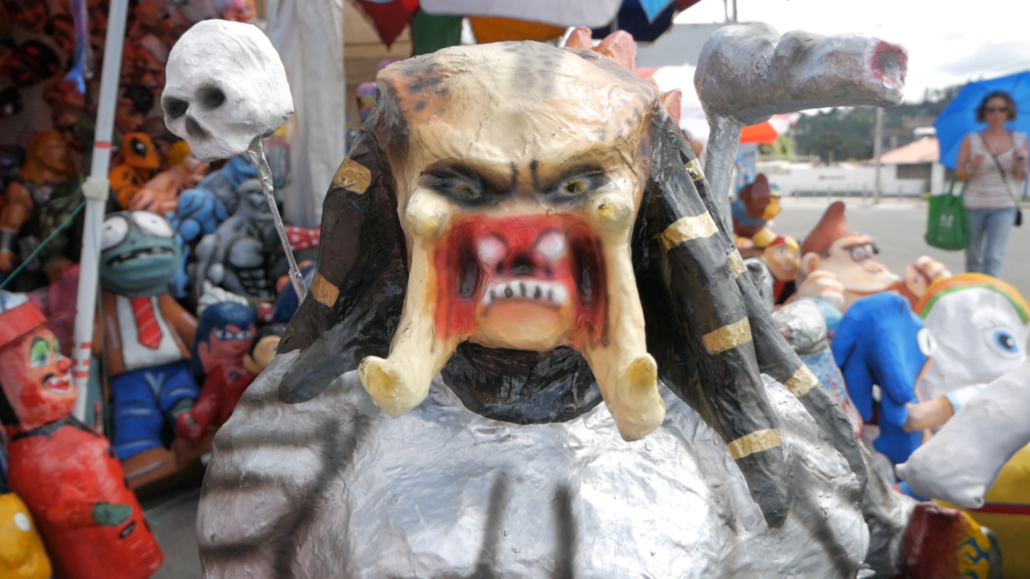 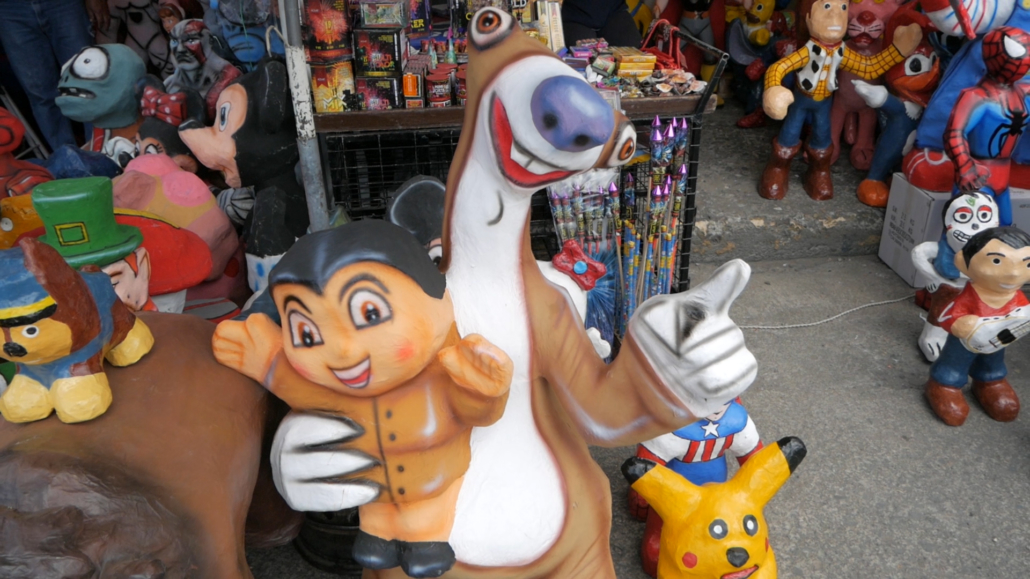 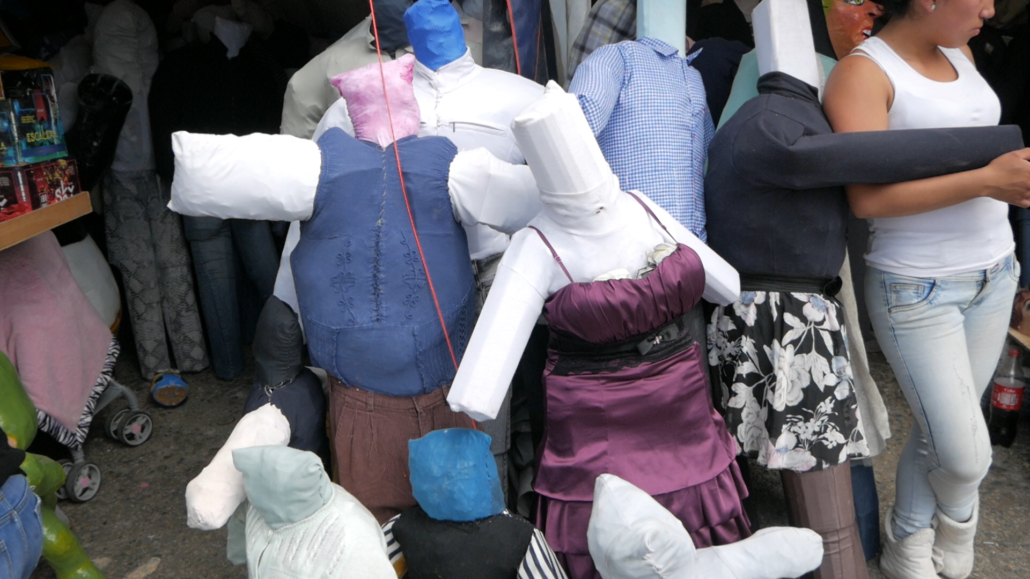 The monigotes are made of paper-mâché or fabric and usually filled with straw or sawdust. Some are also filled with firecrackers so when they’re burned, they make quite the show and they’re very noisy.

It’s common in Ecuador to put a mask on the monigote that looks like a specific person. Some people even print pictures of politicians or members of opposing soccer teams and affix them to the monigotes. I’m guessing a few bosses and ex-boyfriends or girlfriends also make their way onto a monigote or two. Our friend from Venezuela says, “That’s playing with voodoo, which is playing with fire!” 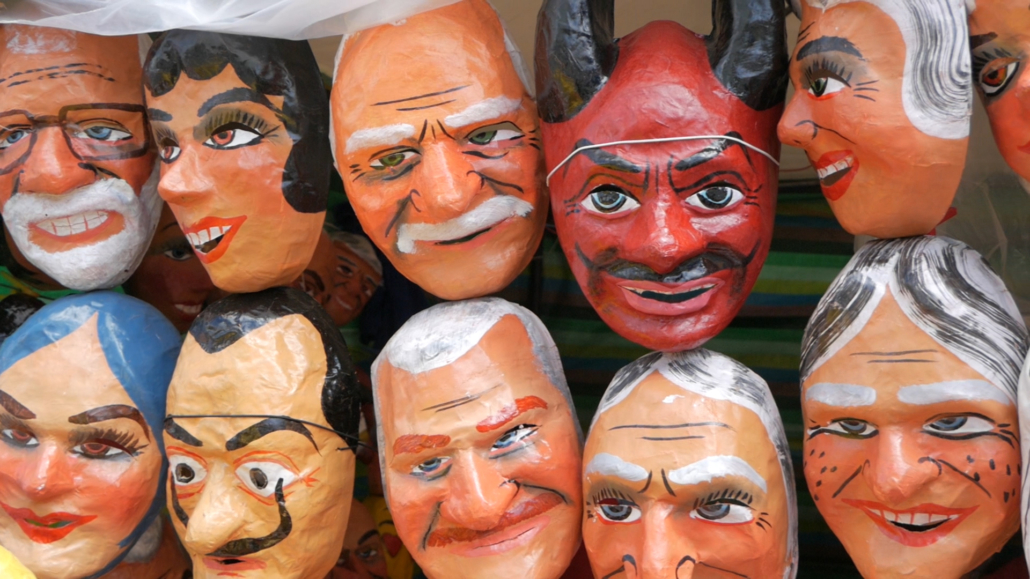 We’re looking forward to venturing out on Monday night (New Years Eve) to film the burning of the monigotes in El Centro. We’re not quite sure what to expect, but we’re guessing lots of people, fires and smoke. Stay tuned! 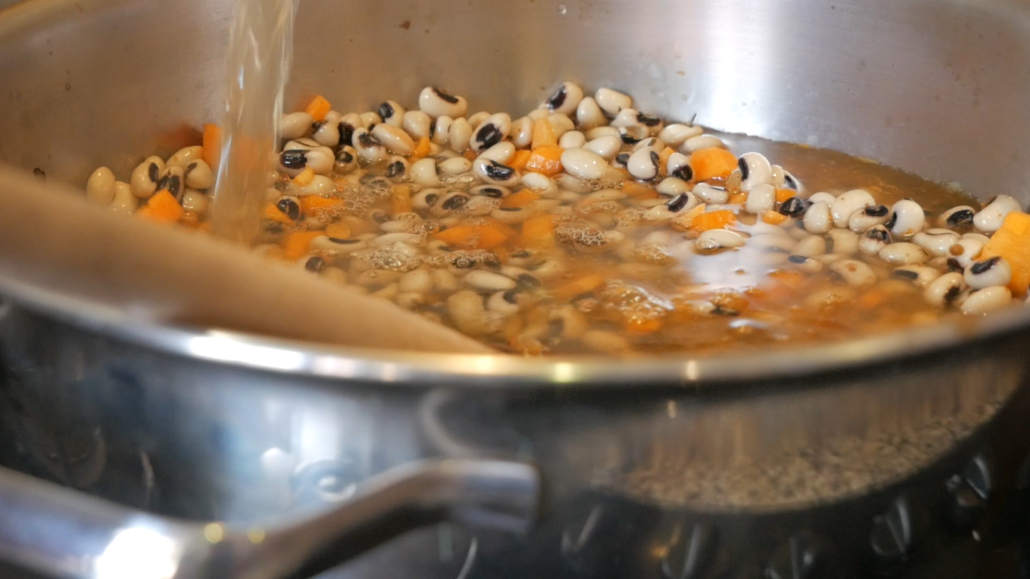