The Cuenca Ecuador Hat Museum (Museo del Sombrero) is a nice place to model some Panama hats, learn their history and see how they’re made. It’s also a great place to drink a cup of coffee while enjoying the view of Cuenca.

Several people have asked us about organic or natural stores here in Cuenca, so we show you two of them in this video. Plus, we had some delicious vegan sushi for lunch at Origami.

As a reminder, we’re leaving for Amsterdam and India in a few days so our posting schedule will be a bit erratic. Please sign up for our newsletter and I’ll do my best to let you know when we’re going to post our next video.

Our first stop was at La Chakra Mercado Natural on Doce de Abril near La Universidad de Cuenca and next to Samsara Yoga. They have all sorts of natural food and beauty products. They also have a La Chakra Facebook Page. 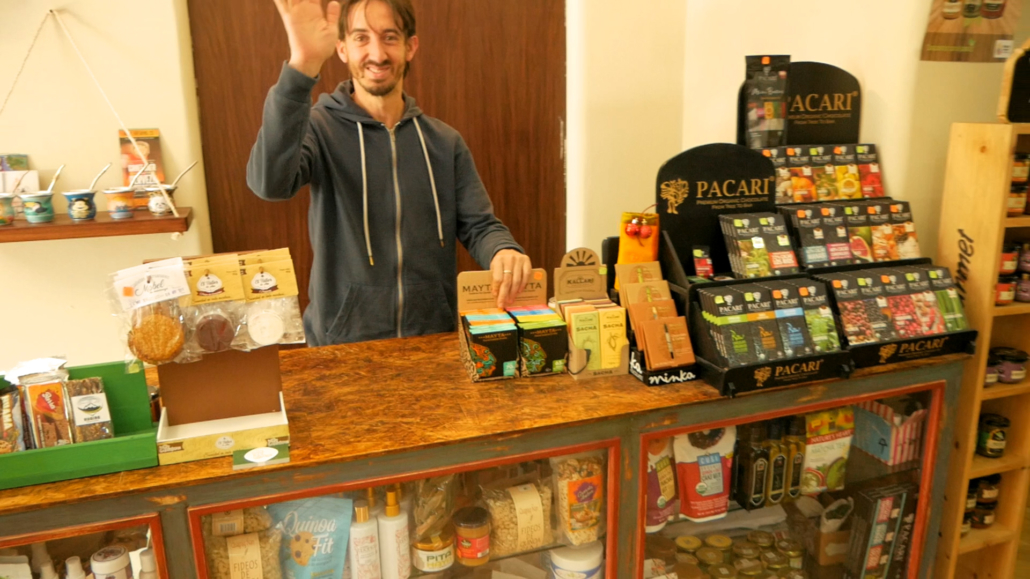 We bought a bag of organic, locally sourced maca powder that we put in our breakfast oats. We also bought a protein snack bar from Panda Cakes Cuenca. My vegan rock climbing friend, Pietro, makes those and sells them in natural stores around Cuenca. Amelia also bought some cruelty free natural deodorant, which is quite a bit more expensive in Ecuador than back in the states. 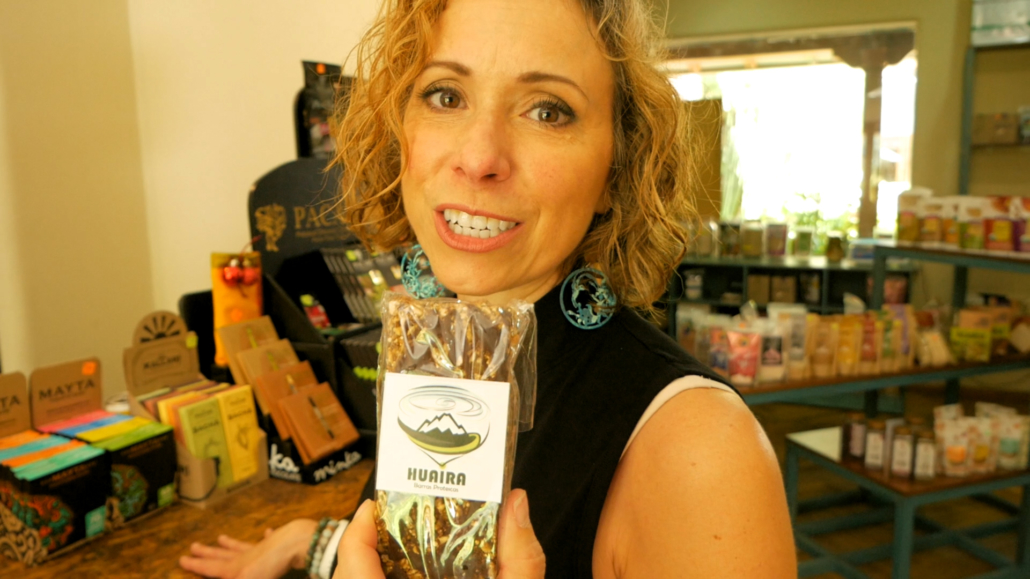 Our second stop was the Cuenca Ecuador Hat Museum, Museo Del Sombrero, to get my hat repaired. It got really wet while Stephen was rock climbing, which caused the band to come loose. We love our panama hats and it’s really nice that they keep them maintained for free. 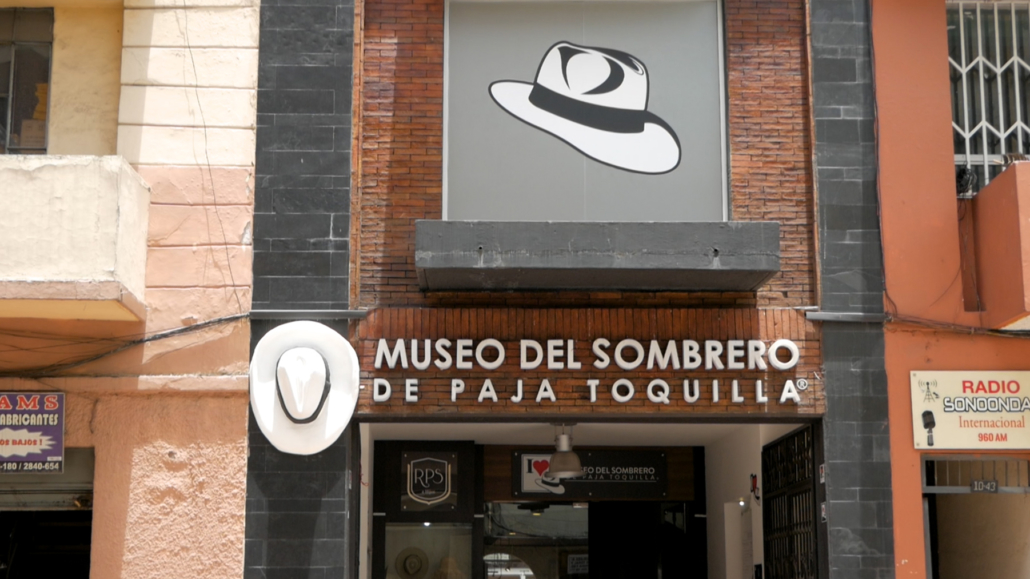 Amelia and I tried on several hats while we waited just for fun. 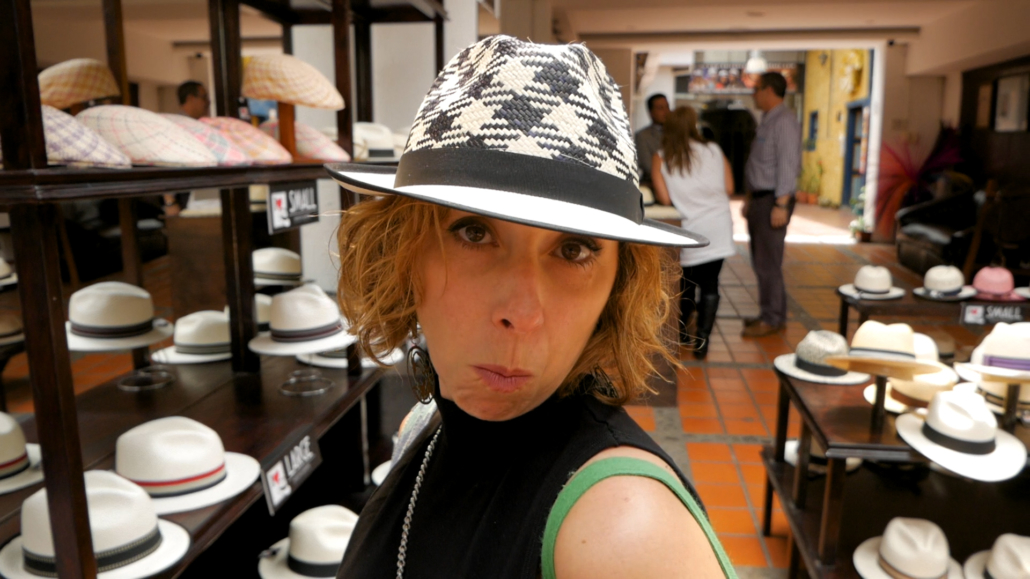 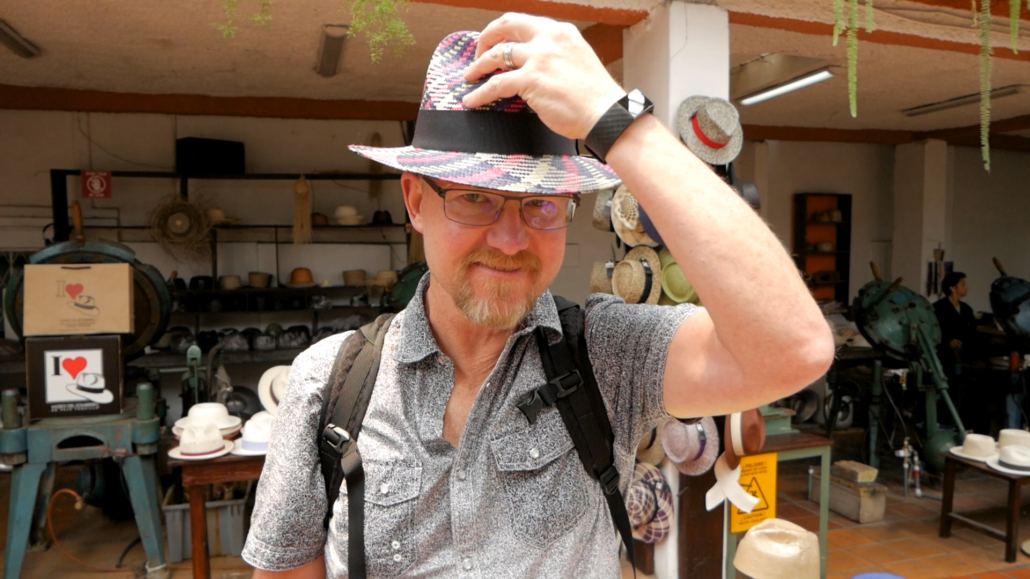 While these hats are commonly known as Panama Hats, they originated in Ecuador. The Cañari indigenous people who originally made the “paja toquilla” or “straw hat” still wear them today. 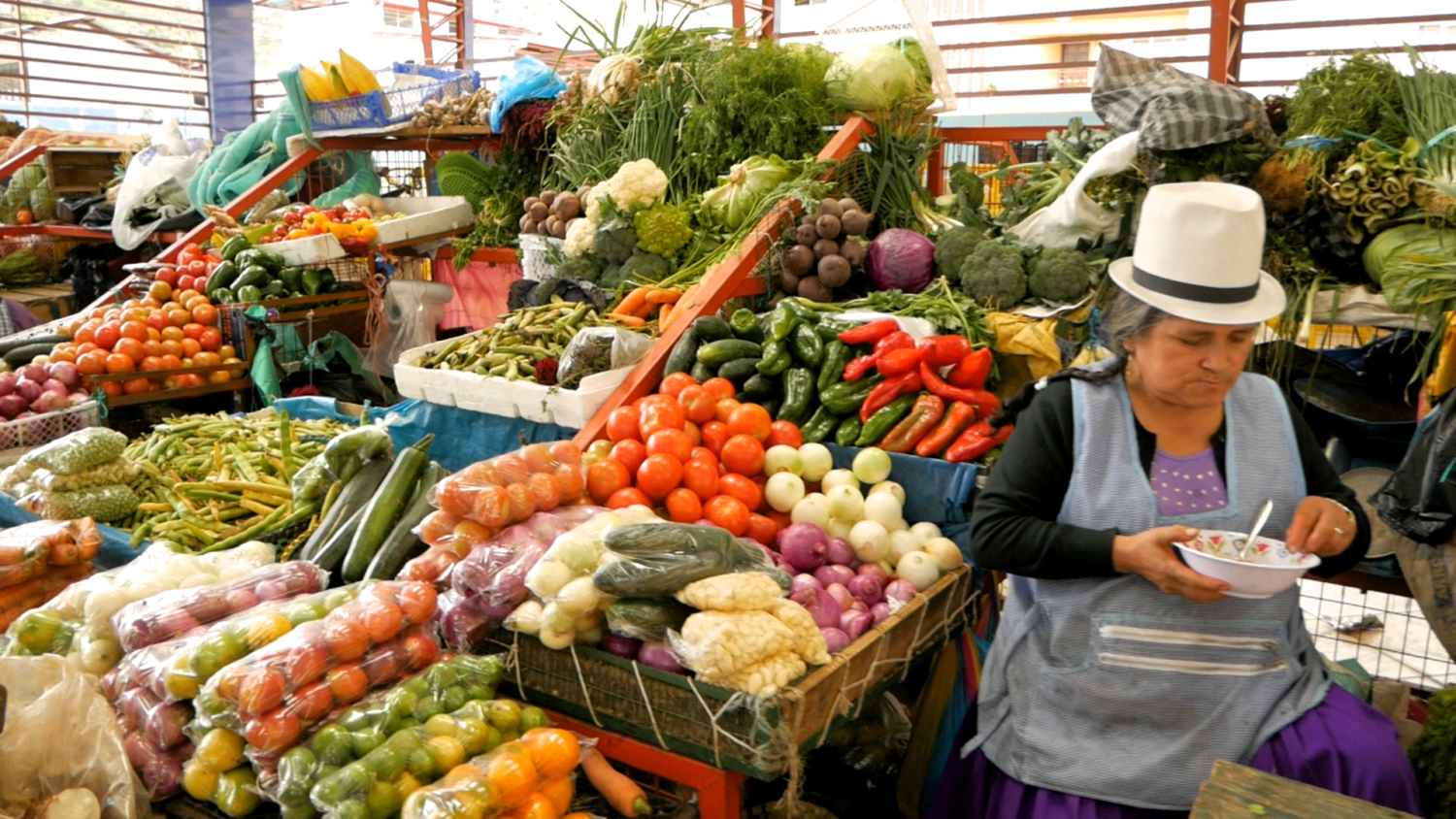 We also went upstairs for a cup of coffee and beautiful views of Cuenca. 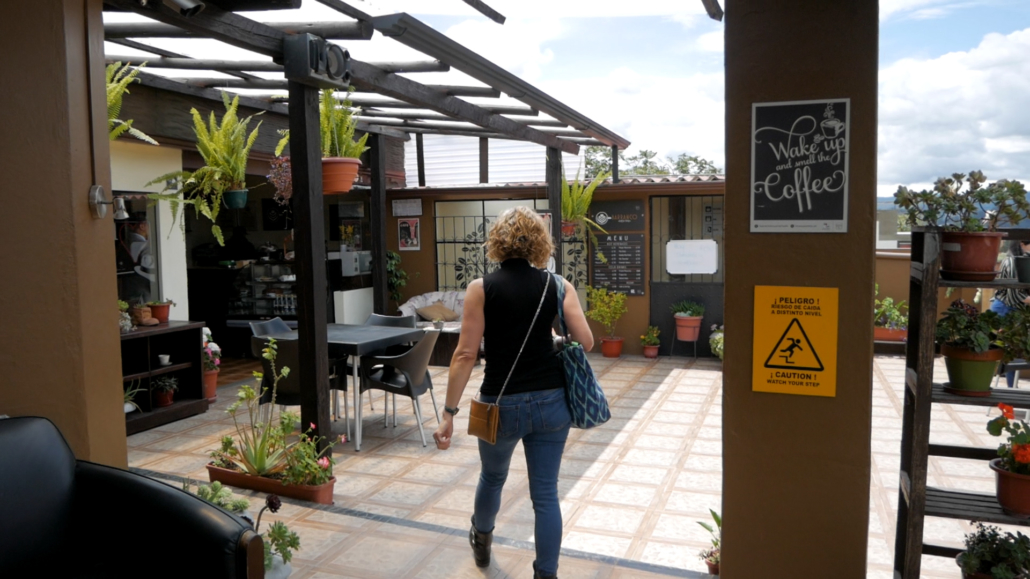 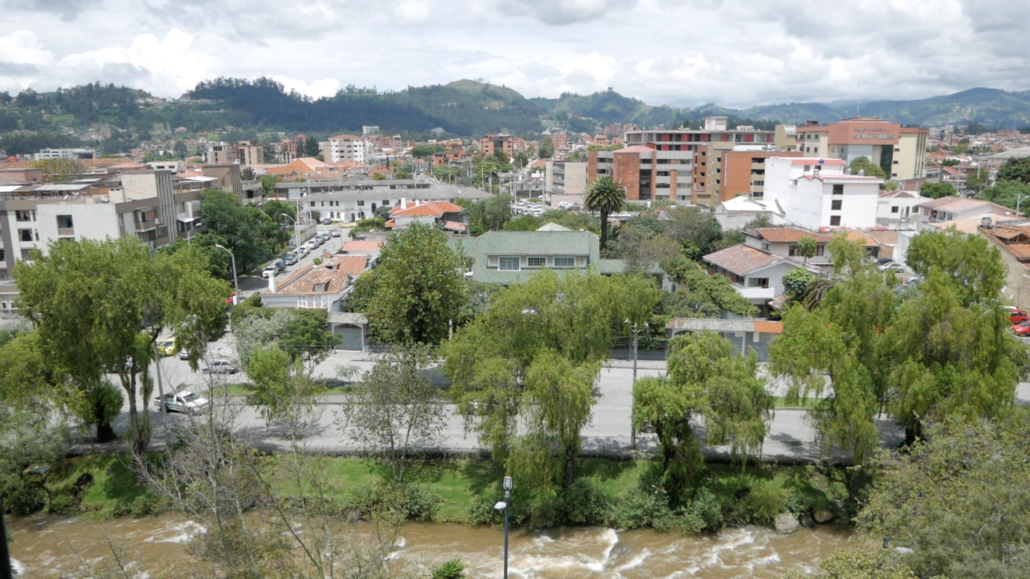 This is just one of many museums in Cuenca that are worth a visit.

There are several La Primavera stores around Cuenca. They carry a variety of health foods, like protein powders, nuts, seeds, vitamins, etc. 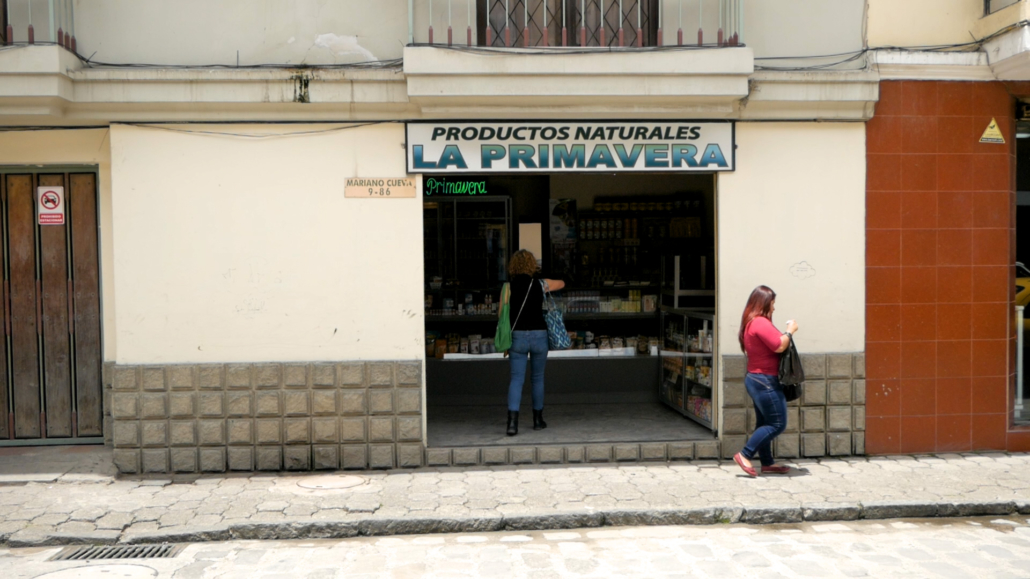 Our friends Jimmy and Sharon told us the one on Mariano Cueva y Calle Gran Colombia sold Mate de Coca or Té de Coca, which helps with altitude sickness. 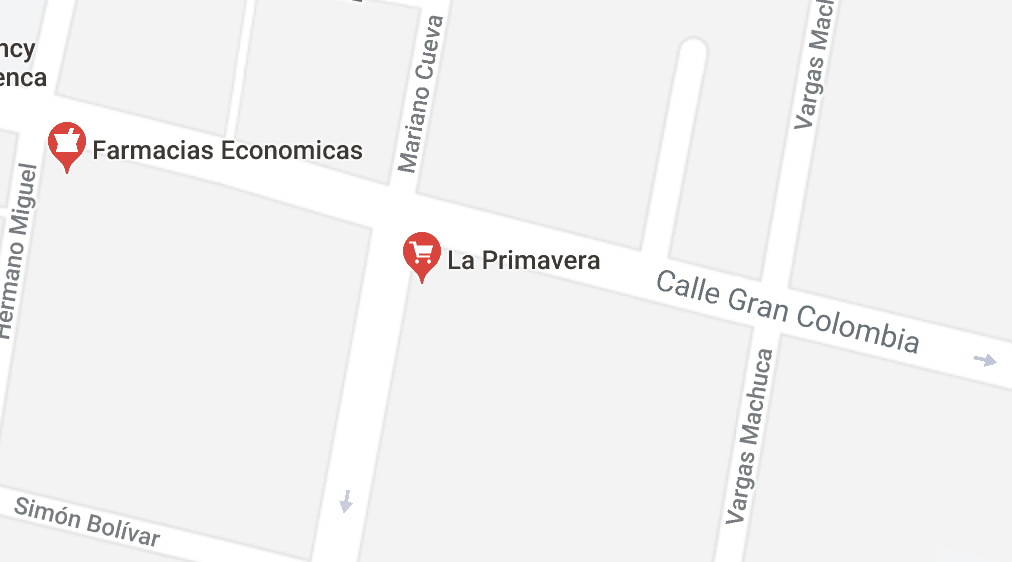 Sometimes I get a little light headed and short of breath when the weather changes, and this tea helps alleviate the symptoms. Unfortunately, they were out of the tea so we’ll have to try someplace else. 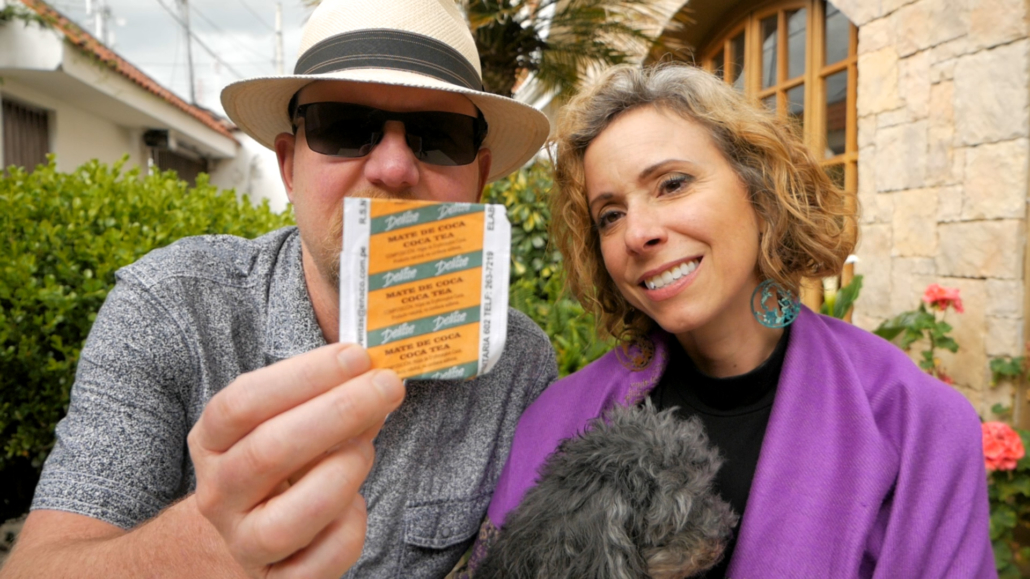 We like going to Origami Sushi in Cuenca because they have a lot of vegan options and it’s far less expensive than Noe Sushi. Origami is located on Calle Larga y Mariano Cueva. They have a tiny storefront that’s easy to miss. Just look for the Origami sign on the door. 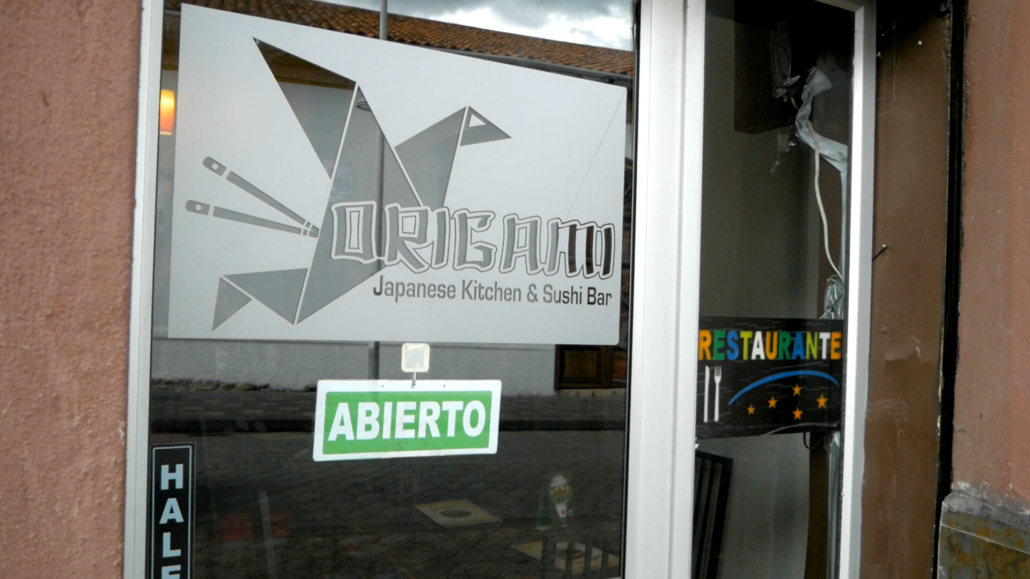 They have an entire page dedicated to vegetarian (it’s actually vegan) sushi rolls and options. Plus, their Miso Soup is also vegan and they don’t use oil in any of the rolls or the soup. 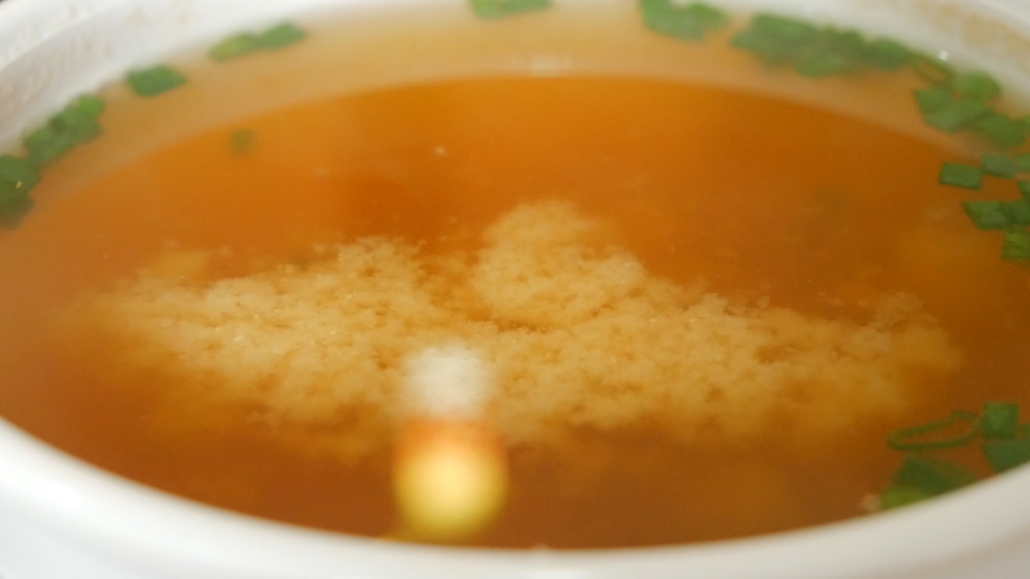 We ordered the Yasai Combination plus a Mango Roll. 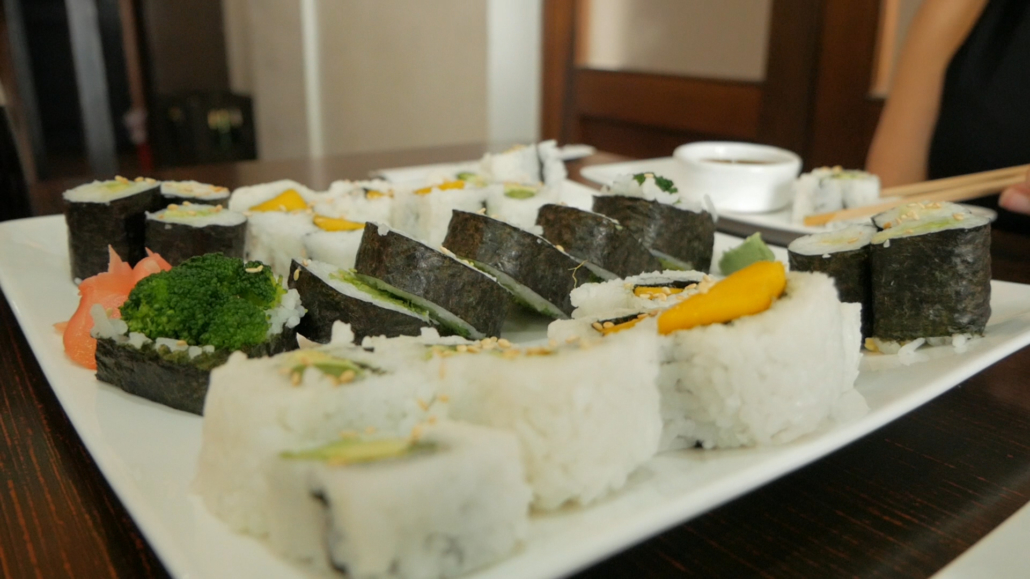 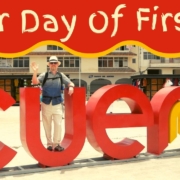 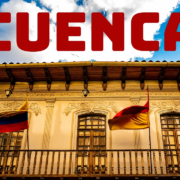 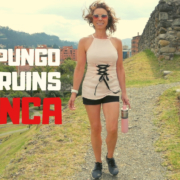 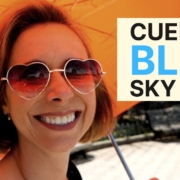 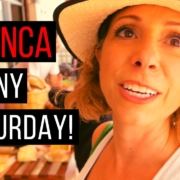 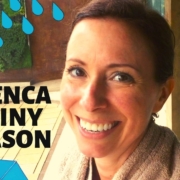 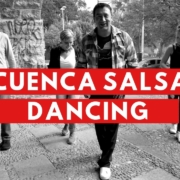