The Cuenca Ecuador Crime rate has been a trending topic lately. CuencaHighLife reported on a statement made by a citizens group claiming that crime has increased over the past year or so here in Cuenca while the governor disagrees. Additionally, several people have messaged us to ask, “Is Cuenca safe?”

In this video, we’ll talk about some of the crime rate stats for Cuenca, what the provincial government has to say about it, and our experience living here for 2 years. We’ll also share a few stories from our friends who have had things stolen from them, and offer some safety tips that might help keep you safe in any city.

Homicide Rate In Cuenca and Ecuador Compared to the US

It’s difficult to find current (and accurate) crime stats for Ecuador. Most of the crime stats for Cuenca and Ecuador that I found online were anecdotal and/or self-reported. However, I did find accurate numbers for homicide rates, which we can then compare to the US.

Xavier Martinez, governor of the Azuay Province where Cuenca is located, was quoted in CuencaHighLife: “Today, Cuenca has the lowest murder rate in its history and one of the lowest in Latin America. The rate is about three per 100,000, the same as in European countries and half that of the U.S.”

To put that in context, the murder rate in Denver, CO, our former home, was 9.5 per 100,000 in 2018. That’s more than 3 times higher than Cuenca, and Denver is much safer than cities like Chicago and Detroit.

In terms of violent crimes, Ecuador and the US are very similar, but Cuenca is a bit safer.

Theft and Pickpocketing in Cuenca Ecuador

We have never personally met anyone who has been a victim of a violent crime here in Cuenca, but we know several people who have had things stolen.

In this scam, several people surround you with signs and other distractions while one or more members of the group pick your pockets. We’ve met several people who have seen or experienced this group strategy. They even have kids with them sometimes.

This is when someone gets you to look a different direction by asking if you dropped your keys or wallet “over there.” When you look away, they grab your bag and run in the opposite direction.

One of our friends had his backpack stolen from an overhead bin on an interprovincial bus between Cuenca and Machala. It’s best to always keep your bags in your possession. Put them on the floor in front of you and slip your foot through a strap.

This happens a lot here. One of our Ecuadorian friends left a laptop and some other things on the front seat of his car while he was visiting a friend. When he came out, the window was broken and his stuff was gone.

This happened to me in Foster City, CA on a business trip. I had reserved a car, but the rental car company gave me an SUV without a cargo cover, instead.

On my way to the hotel, I was hungry so I decided to stop at my favorite restaurant and rather than bring my backpack inside, I put it on the floorboard behind the driver’s seat.

About 20 minutes into my dinner, the bartender told me several cars had been broken into in the parking lot. I ran outside and mine was one of them. They got two laptops, an iPod, a Garmin GPS device and my passport.

Lesson learned. I will never, EVER leave things of value in my car in plain sight.

Carnival and Other Festivals

The pickpocket gangs are abundant during Carnival and other festivals here in Cuenca. More than 100 phones were stolen during the 2019 Carnival celebration. Having lots of people in close quarters with distracting activities all around is a pickpockets ideal working space. Leave your valuables at home for those events, and wear a money belt under your clothes to hold anything you must take.

Safety Tips for Cuenca Ecuador or Any Large City

Here are some safety tips to help you have a positive experience in Cuenca, or any large city. Most of these are common sense, but it’s a good idea to revisit them once in a while.

Here are some more safety tips and information from the US State Department on Ecuador. Keep in mind that the State Dept hates rescuing people so they try to scare everyone into staying safely at home inside the US. In reality, Ecuador is safer than many large cities in the US, but the State Dept isn’t responsible for rescuing people from Detroit or Chicago.

Preparing to record this video made us realize we haven’t been as vigilant as we should be. We’ve never felt unsafe here and that may have lulled us into complacency.

We all need to be safe and pay attention to our surroundings wherever we are. Most people are good, but the world has its fair share of lost souls, too. We always look for the best in people, but that can make us a target for the worst in people.

Please do your best to stay safe and remember that things can be replaced, but you can’t. 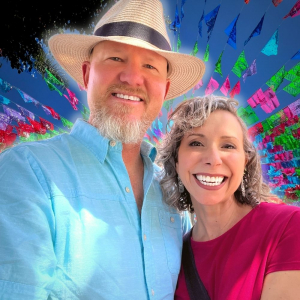 This newsletter covers things we don’t share ANYWHERE ELSE! You’ll get all sorts of timely information about Ecuador and global expat news that might affect your travel or move decisions. 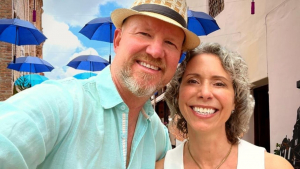 After a lot of research and reflection, we made the decision to sell everything we owned and leave the United States in search of a more unconventional life, in a more affordable and tranquilo part of the world. 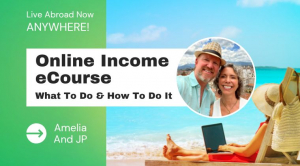 Want time and location freedom? Take the Online Income eCourse and we’ll show you how to earn legitimate income from anywhere in the world just like we do!

It’s time to take your freedom back! 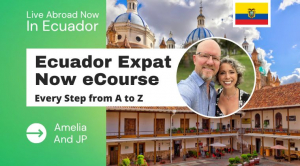 Planning a move to Ecuador? This course will show you every step you need to take, from your decision to move until you’re living in Ecuador.

It has over 60 videos and articles with links to all the resources you’ll need to make your move possible.

You’ll also get a downloadable checklist so you don’t miss any important steps, and you’ll get a city comparison matrix to help you decided where to live based on what’s important to you.

When we moved to Manta Ecuador, Amelia and I both

Join Us on Tuesday Jan 31 at 7PM Eastern/Ecuador T

We just dropped a NEW VIDEO over on buff.ly/3HyLOd

When Amelia and I lived in Olón, Ecuador, we ofte

A few shots from our visit to Chapala Mexico. #cha

The Art Behind Us from Cuenca Artist P. Maldonado (Episode 127)
Scroll to top