Christmas in Cuenca Ecuador is bustling with activities and parades like this one. Pase del Niño (literally translated means Passing of the Child) is the Cuenca Ecuador Christmas Parade that attracts people from all over Ecuador and beyond. Over 120,000 people were expected to attend this years parade, which kicks off 3 months of celebrations leading to Easter Sunday. 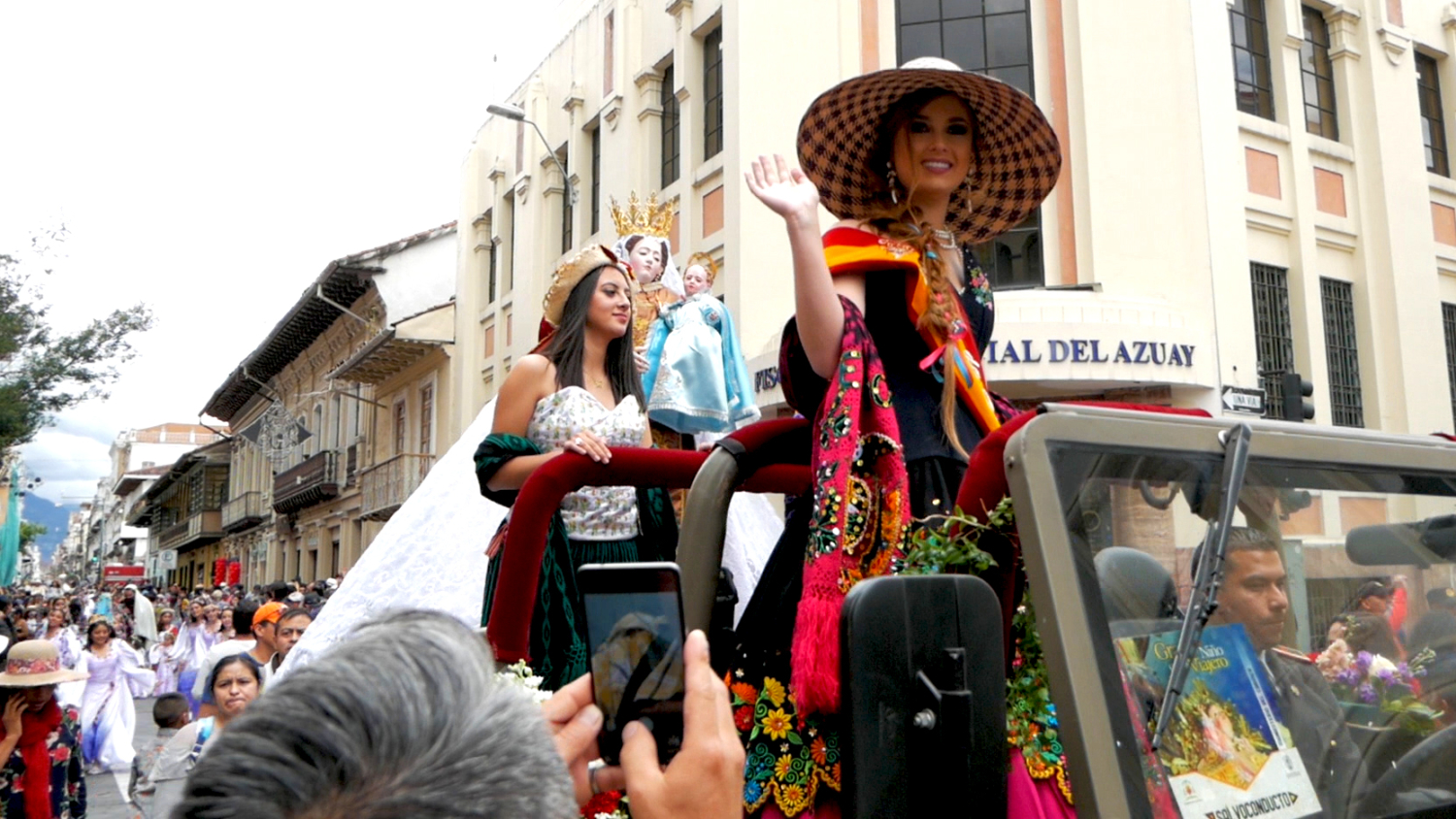 The parade started almost an hour late, and there was about 20 minutes between the first several bands and floats. In the US, people would either leave or they wouldn’t attend an event that starts so late with such a slow pace. But here in Latin America, that’s business as usual so everyone was calm and well mannered.

Most people wandered around talking to other people before the parade started and during the lulls between attractions. Then once something arrived in the vicinity, everyone gathered along the very narrow route to watch, clap, take pictures and enjoy the music and colorful costumes. 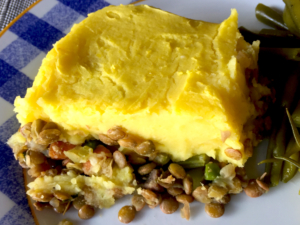 The Vegan Shepard’s Pie uses our Vegan Mashed Potatoes recipe, which is also featured on NutritionStudies.org.

As some of you may already know, we cook without oil in our kitchen and one of the keys to doing that is a trick we learned from Kristie Middleton, author of MeatLESS. Steam Frying is a way to sauté veggies using vegetable broth, wine or plain old water. Simply cover the pot or skillet while it’s cooking to trap in the moisture. No oil needed.

We got the Vegan Brown Gravy recipe from BrandNewVegan.com. It makes a delicious gravy that’s perfect for mashed potatoes and our Vegan Shepard’s Pie recipe.

Delicious Treats at Zatua Miski Cuenca Ecuador – A Day In Our Life (Episode...
Scroll to top