In this video, we had the great honor of interviewing a famous artist from the Cuenca Ecuador art scene, Patricio Palomeque. We attended his art exhibit opening almost a month ago with Christina (our new Spanish tutor) and thoroughly enjoyed it. So we made arrangements to return and talk to him in more detail about his art.

This is a bilingual video. We have a lot of Spanish speaking viewers, so we wanted to share Patricio Palomeque’s explanation of his art in Spanish, as well as Christina’s translation in English. If you don’t speak Spanish, you can skip forward in the video to the English-speaking parts. However, I did share video of some of the exhibits while Patricio was talking.

If you would like to get in touch with Patricio Palomeque to get more information or purchase his artwork, please visit his website for contact information: PatricioPalomeque.com.

If you would like us to connect you with Christina for Spanish lessons, drop us a note and we’ll send an email introduction.

The Cuenca Ecuador art scene is one of many cultural expressions that help define this South American renaissance city. Located in the Andes Mountains of south-central Ecuador, Cuenca attracts extremely talented artists, musicians, poets, writers and chefs from all over the world. Cuenca also has many of its own world-renowned artists, like Patricio Palomeque who we interviewed in this video. Together, these artists have helped earn Cuenca its nickname, “the Athens of Ecuador.”

We visited the Cuenca Ecuador Museum of Modern Art in our walking tour of the San Sebas neighborhood, but the museum was under renovation so none of the art was on display except for the garden sculptures. The museum renovation is finished now, so we’ll go back to record another video at some point.

Even with the exhibits closed, we still enjoyed the peaceful tranquility of the museum grounds. 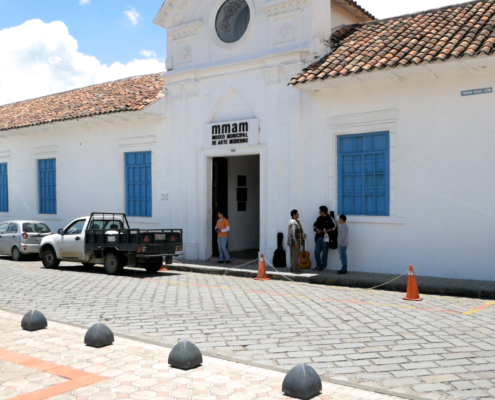 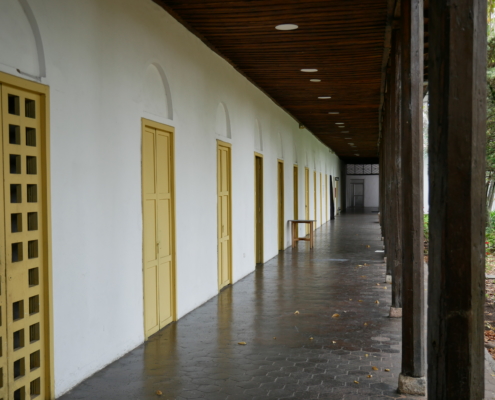 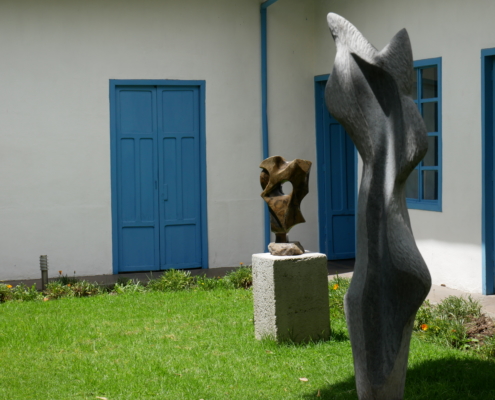 We toured the Old Cathedral Religious Art Museum in a previous video. It’s home to several beautiful paintings, sculptures and murals, some dating back to the late 1500’s. The Old Cathedral was founded in 1573 and is a work of art in it’s own right. 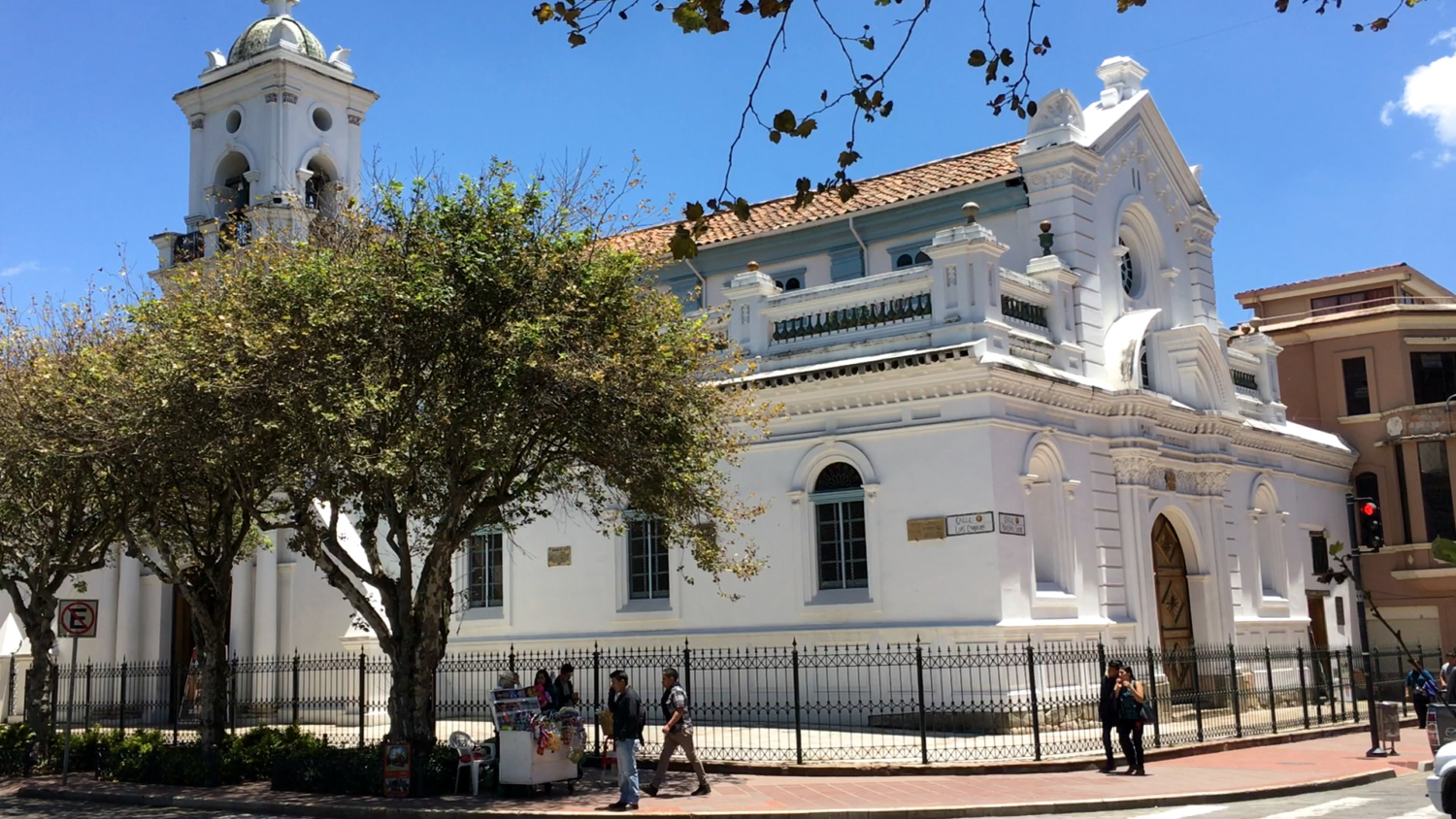 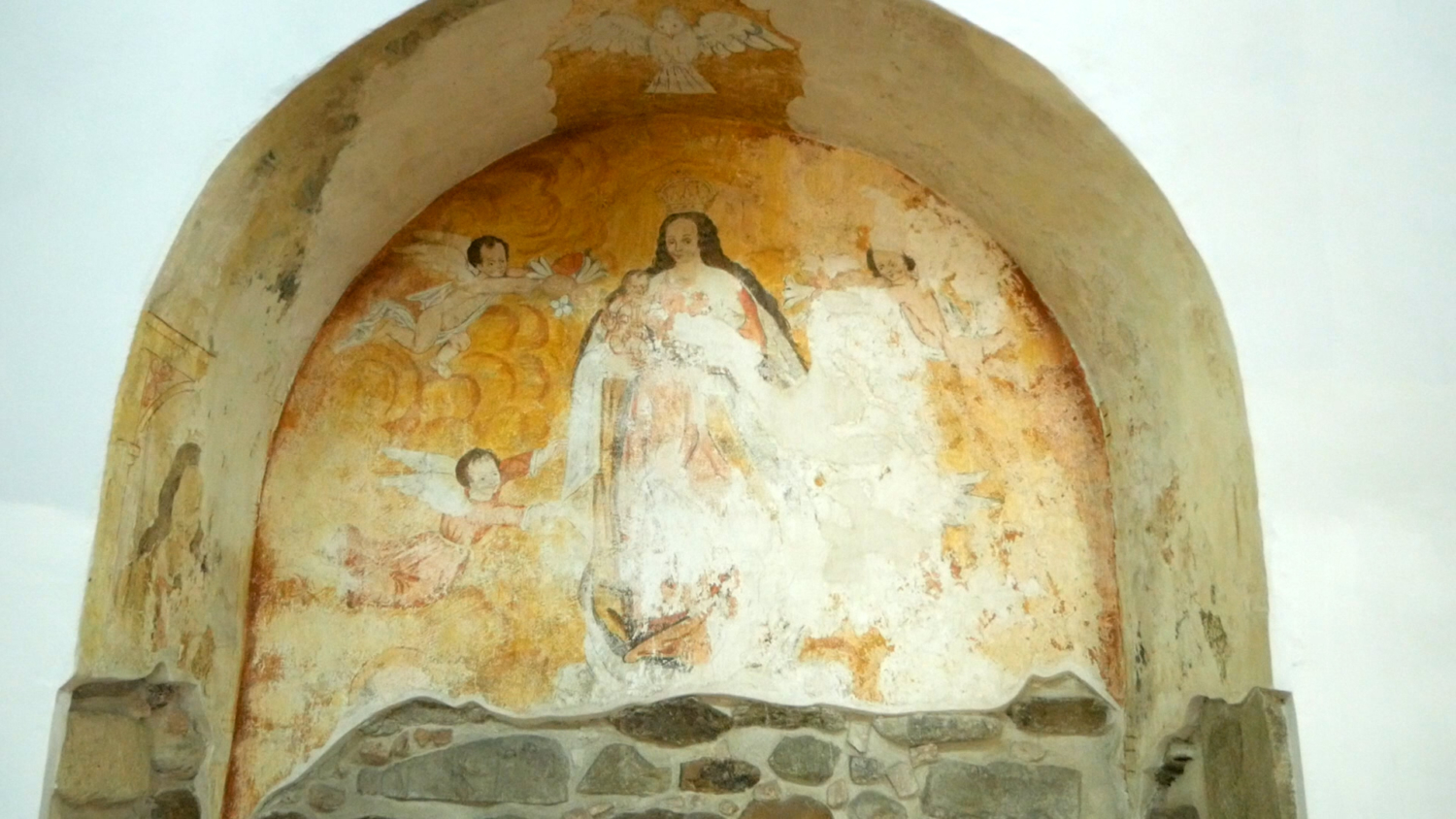 Like most urban cities, Cuenca has its fair share of street graffiti. Much of it is simple and mindless, usually a billowy depiction of the artist’s initials. However, some of Cuenca’s street art is beautiful, meaningful and insightful. 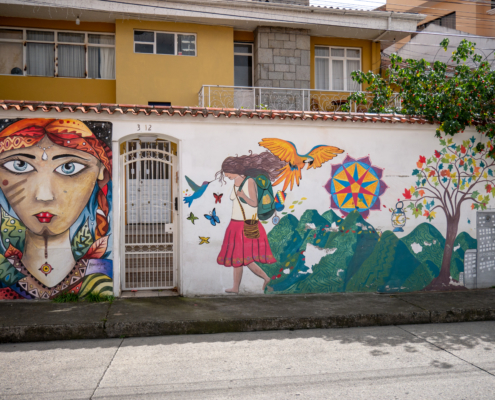 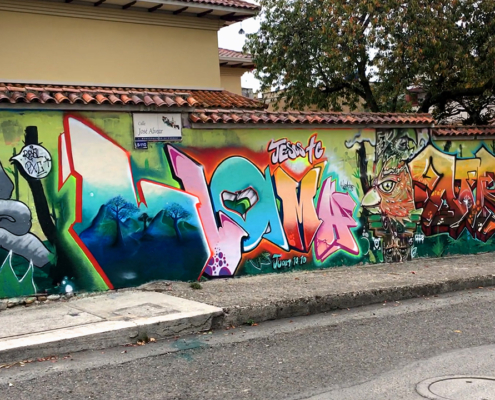 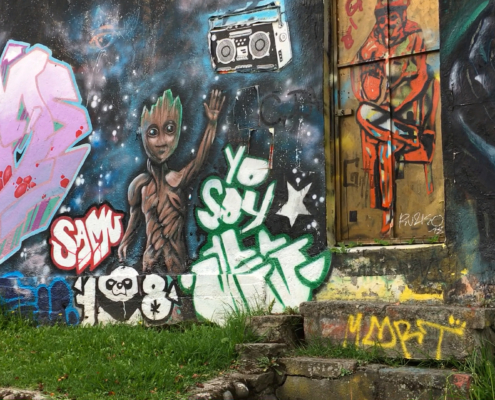 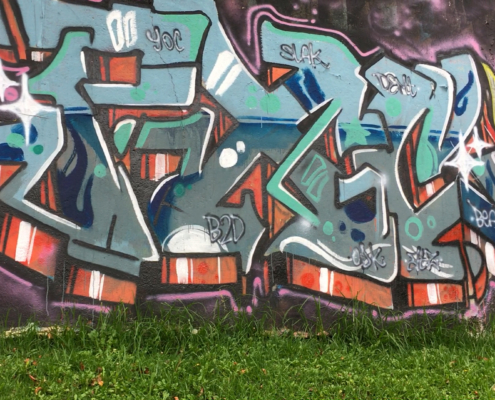 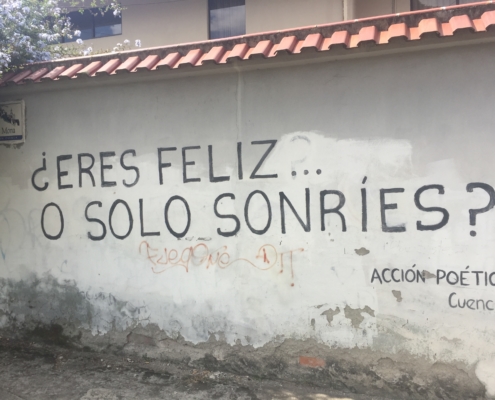 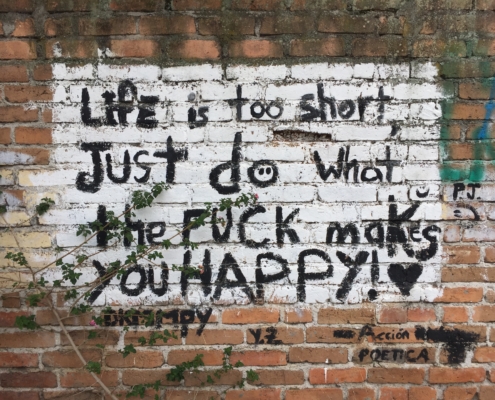 The art exhibit of Patricio Palomeque was titled, “Lo Que Pasa Cuando No Pasa Nada.” This translates to, “what happens when nothing happens” and is part of a larger quote from Georges Perec, a French novelist, filmmaker, documentalist, and essayist.

The full quote is printed on the wall of Patricio Palomeque’s studio and translates to, “That which is generally not taken note of, that which is not noticed, that which has no importance: what happens when nothing happens other than the weather, people, cars, and clouds.” 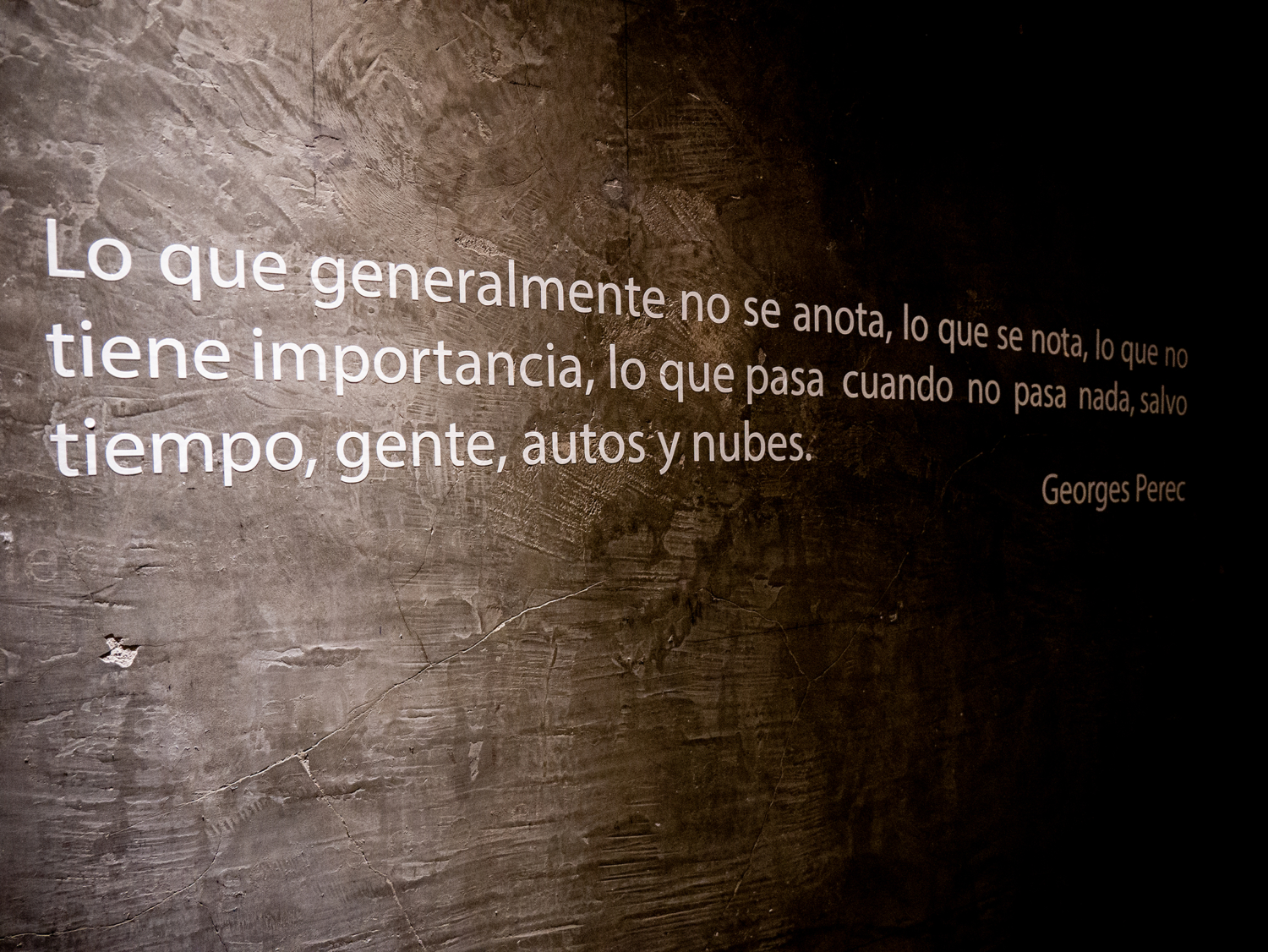 For our Spanish-speaking viewers, I recorded this speech by Patricio Palomeque at his art exhibit opening in May 2019.

The Artwork of Patricio Palomeque

Patricio Palomeque started his artistic career as a child when he learned how to express his feelings through painting. He later branched out into several other artforms, such as sculpture, photography, videography and sound. His multidisciplinary skill set allows him to combine different mediums into unique and thought provoking artwork. 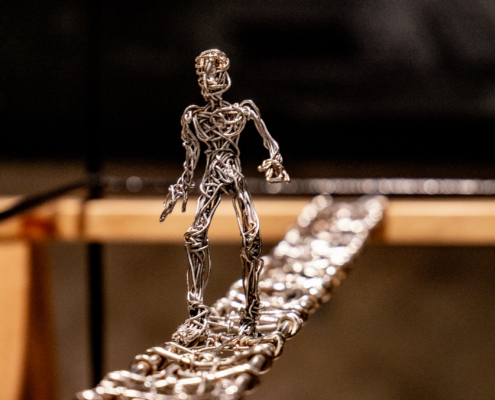 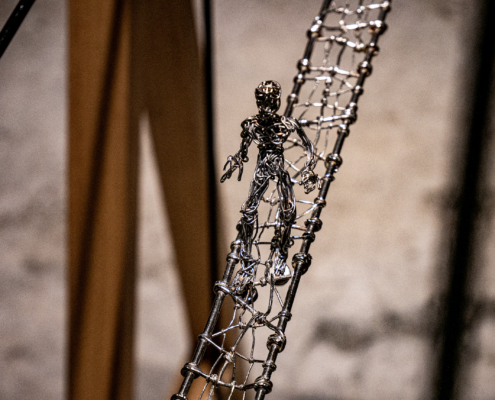 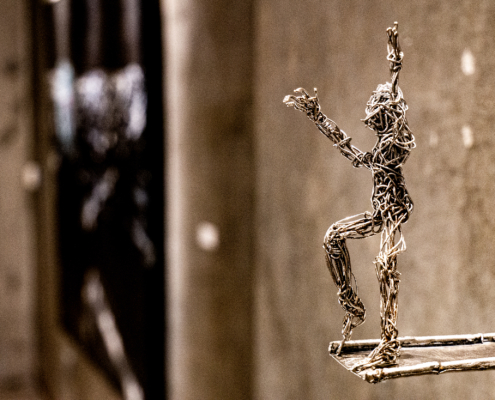 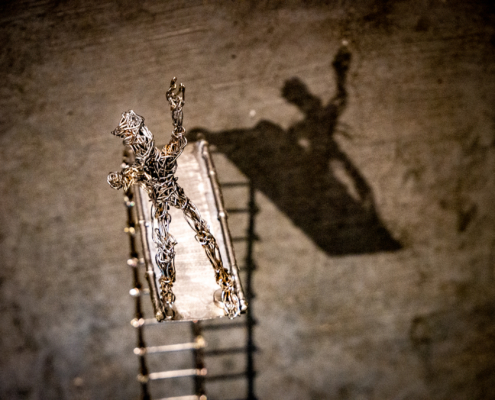 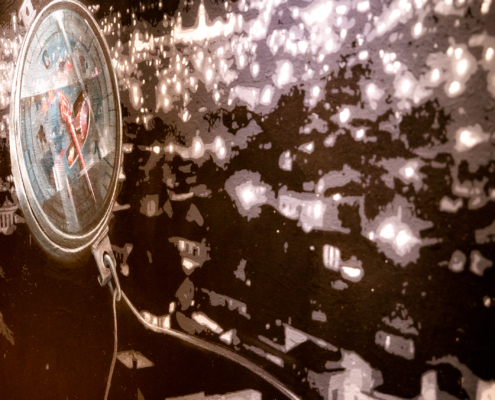 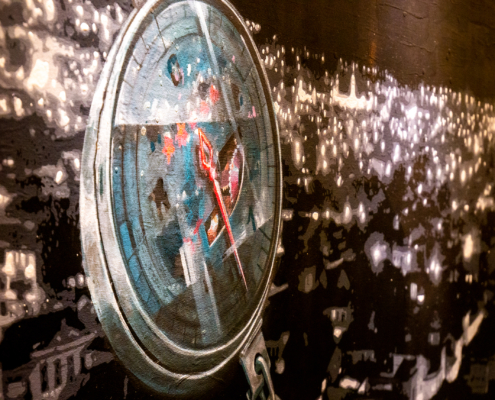 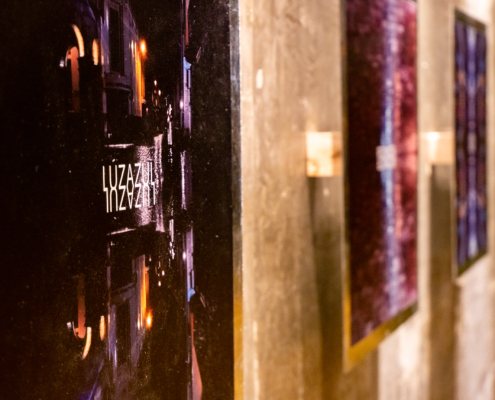 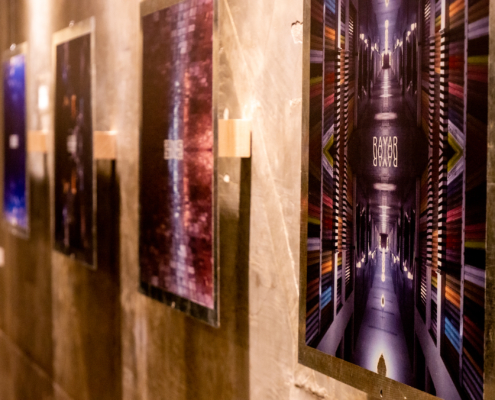 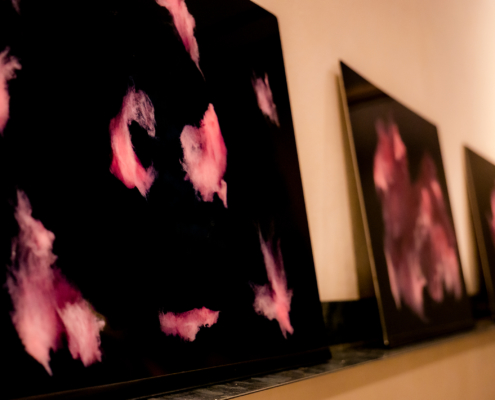 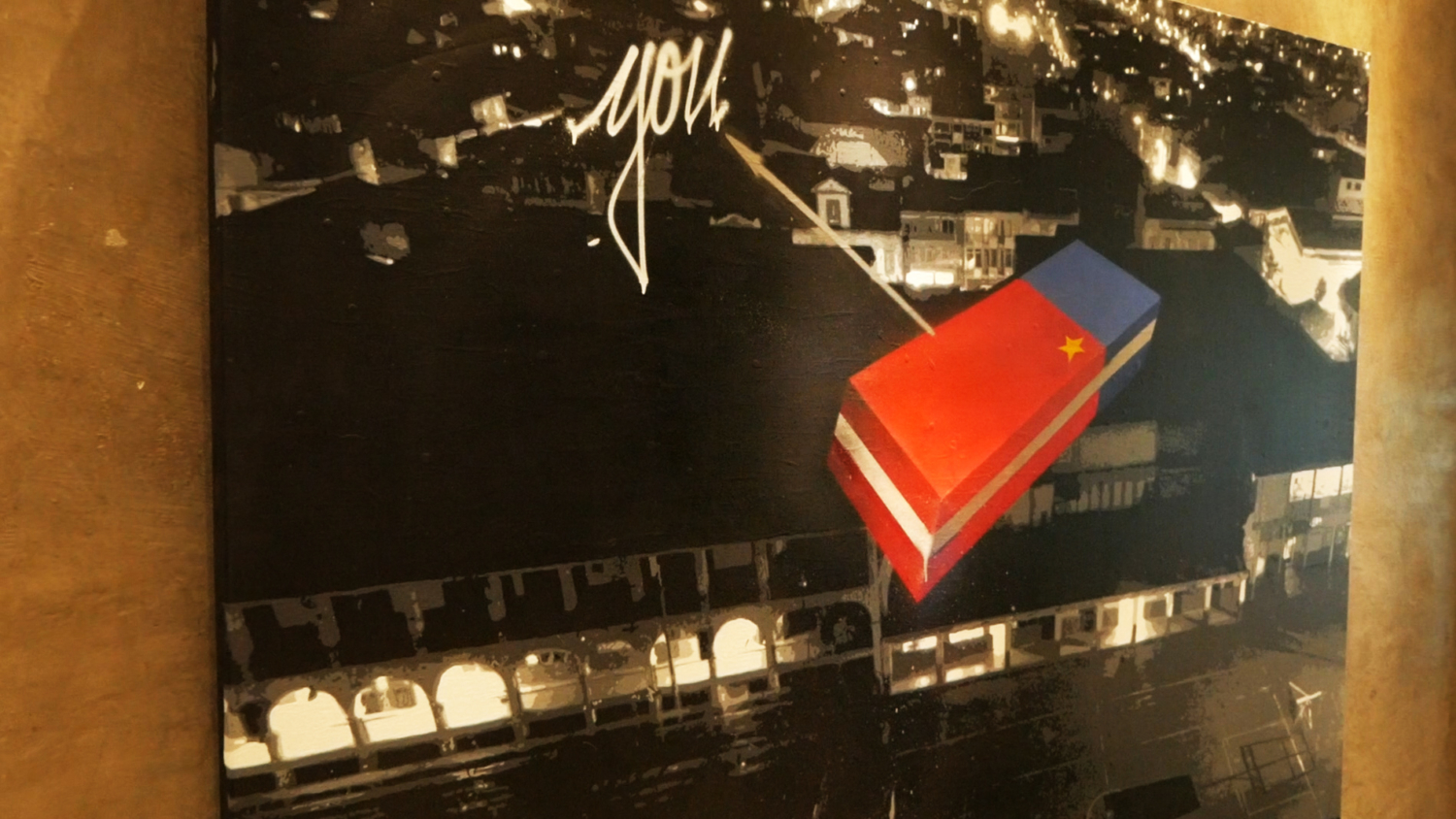 The eraser represents the elimination of election choices by our greed-based economic system that’s largely controlled by China and the United States. That’s also the symbolism behind the color choice and star on the eraser, which mimics the Chinese and American flags. The line with the arrow and the “you” imply that we’re all to blame for the problems we’ve created, and we all must act to correct them.

There’s a battle being waged in Ecuador right now between China and the US. China is currently winning despite Ecuador’s adoption of the dollar for its currency over 20 years ago.

Over the past decade, China has been much better at influencing elections, government policy, trade and infrastructure investments than the US, but both superpowers are doing their best to meddle for profit and power in this small South American country.

A lot of people, especially the indigenous people of the Andes, don’t appreciate being used as pawns in the economic warfare between China and the US. This painting is a representation of those external influences, and the people’s disappointment with them, especially when it comes to elections. 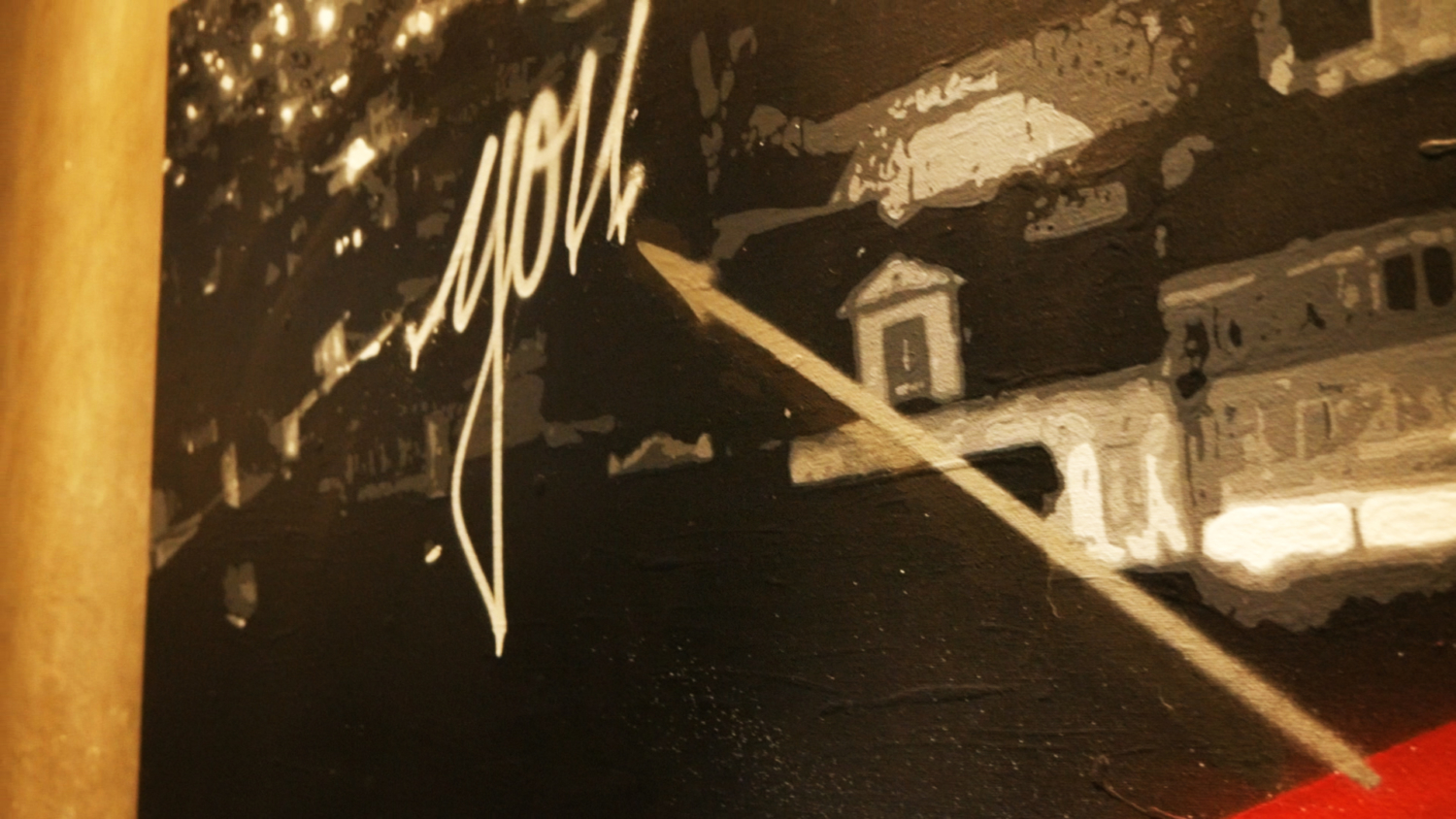 If you want to run for office, you need a substantial amount of money because the cost of campaigning is so high. And historically, whoever spends the most money wins the election, but that trend is changing.

The new governor of the Azuay province (where Cuenca is located) is a man of indigenous descent who campaigned the old fashioned way. Yaku Pérez went from town to town playing his saxophone, shaking hands and talking to voters. The only money he had in his budget was donated in small amounts by the people (PEOPLE) he visited.

And NO ONE thought he would win!

He ran on a campaign of clean water for everyone and the protection of Ecuador’s national forests. And he staged a MASSIVE upset over his much better funded, corporate backed opponents.

The people of the world are finally waking up and voting against the greed, power and corruption that plagues our planet at this point in history. Perhaps, at least in part, our awakening is due to the artwork of people like Patricio Palomeque and Jonathan Mosquera.