Travel Tales and Travel Tips from our Travel Adventures

After our trips, we enjoy sharing entertaining tales we didn’t record, and helpful travel tips based on things we learned. And hopefully they help you prepare for your future trips.

Amelia and JP VLOG 192: We’ve talked about it often but it never happened to us, until now. We were taking a short 50 cent bus ride from Olón to Montañita Ecuador when our pocket got picked and we lost an iPhone 6 worth several hundred dollars.

We made a mistake. Simple as that. We walked up to the taxi stop to catch a cab from Olón to Montañita, but there were no taxis. Instead, a bus came along and it was hot so we decided to hop on. What we didn’t realize was the bus was completely full! Standing room only!

Since we had it in our heads that we were taking a cab, we weren’t mentally or physically prepared for a jam packed bus so we hadn’t secured our valuables. If this happens again, we will turn around and get back off the bus to avoid being swarmed and pickpocketed.

Besides, my balance is horrible due to the nerve damage caused by my spinal injury so it’s unsafe for me to ride standing up on a speedy, jerky bus. We were both holding on for dear life with both hands, leaving my pockets and Amelia’s bag exposed and easy to access.

We only took our eye off the ball for a minute, but that’s all it took for a skilled pickpocket to steal our old iPhone. We won’t make that mistake again.

Here’s some more information on the Red-masked Parakeet that we saw in the video: https://en.wikipedia.org/wiki/Red-masked_parakeet

Over the course of 4 weeks, we traveled from Cuenca, Ecuador in South America, to Miami in North America, to Amsterdam in Europe, and finally to India in Asia. Then back again. We were in 10 different airports in 5 different countries on 4 different continents a total of 21 different times. I’m done with flying for a while!

We recorded 13 travel videos on our India Trip, but we had a lot of stories that didn’t make it into any of them and we wanted to share those with you. We also learned a few lessons that you might find useful on your future travels.

We mentioned the San José de Puembo Hotel near the end of our video and we highly recommend it. We’ve stayed there several times now and have thoroughly enjoyed it. It’s about 20 minutes from the airport and they offer a free shuttle service. The beds are very comfortable and the grounds are beautiful. The food is good, too. It’s a little more expensive than the Quito Airport Suites hotel we stayed in last fall, but the rooms and restaurant are MUCH nicer.

That’s it for our travel tales and tips. I’m sure we’ll have more of these as we travel around Ecuador and other countries in South America.

Walking around South Beach Miami, it almost feels like you’re in a comic book world. The South Beach Miami Art Deco style looks a lot like Gotham City. It was even more beautiful at night, but we weren’t there long enough to get any good night footage. Our brief video montage really doesn’t do justice to the beautiful architecture.

We’ve been to South Beach Miami several times on our travels between the USA and Cuenca Ecuador, but we never get tired of seeing the 1920’s era Art Deco designs. Unfortunately, I didn’t get as much footage as I intended due to a malfunction with my camera. 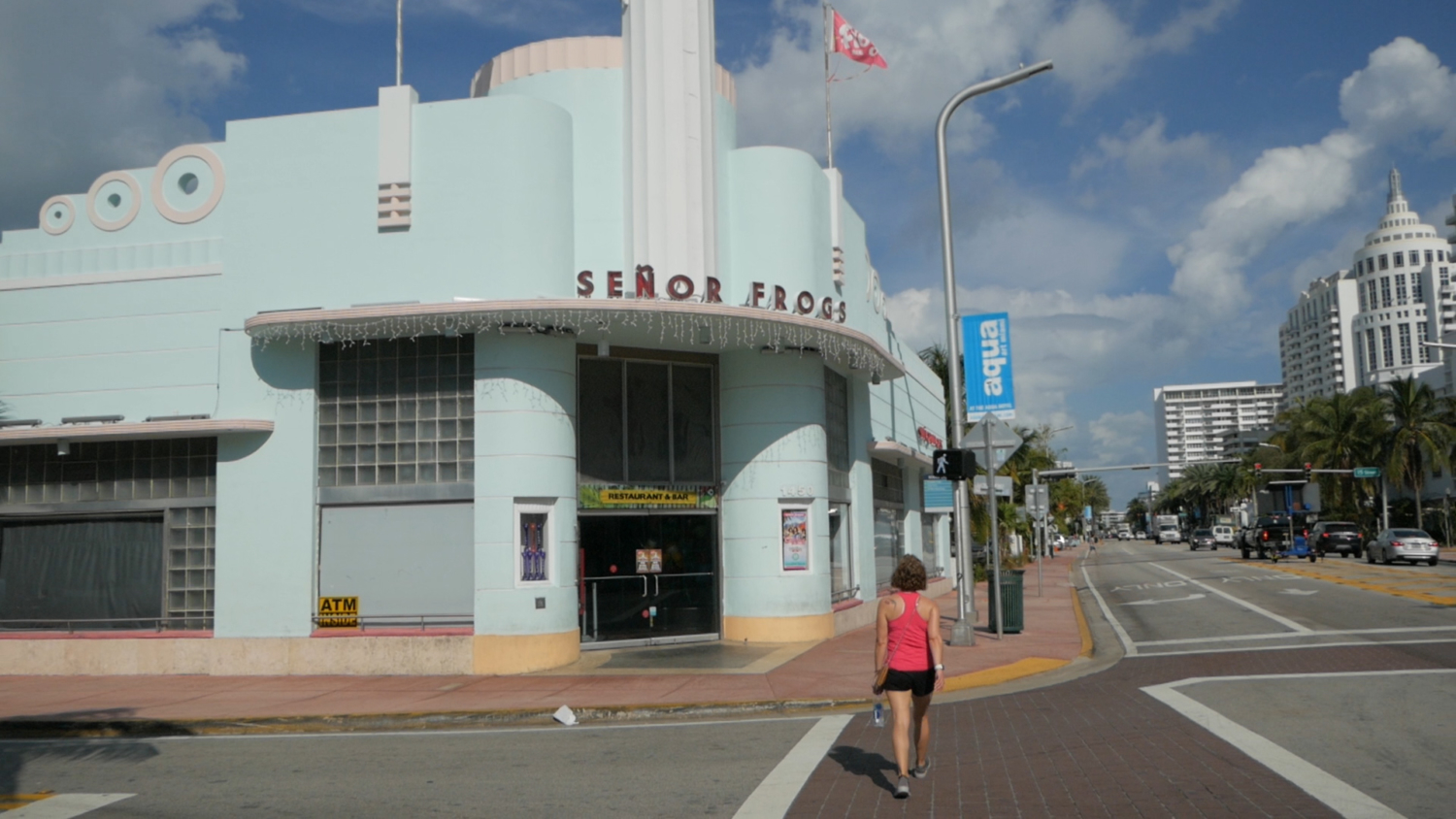 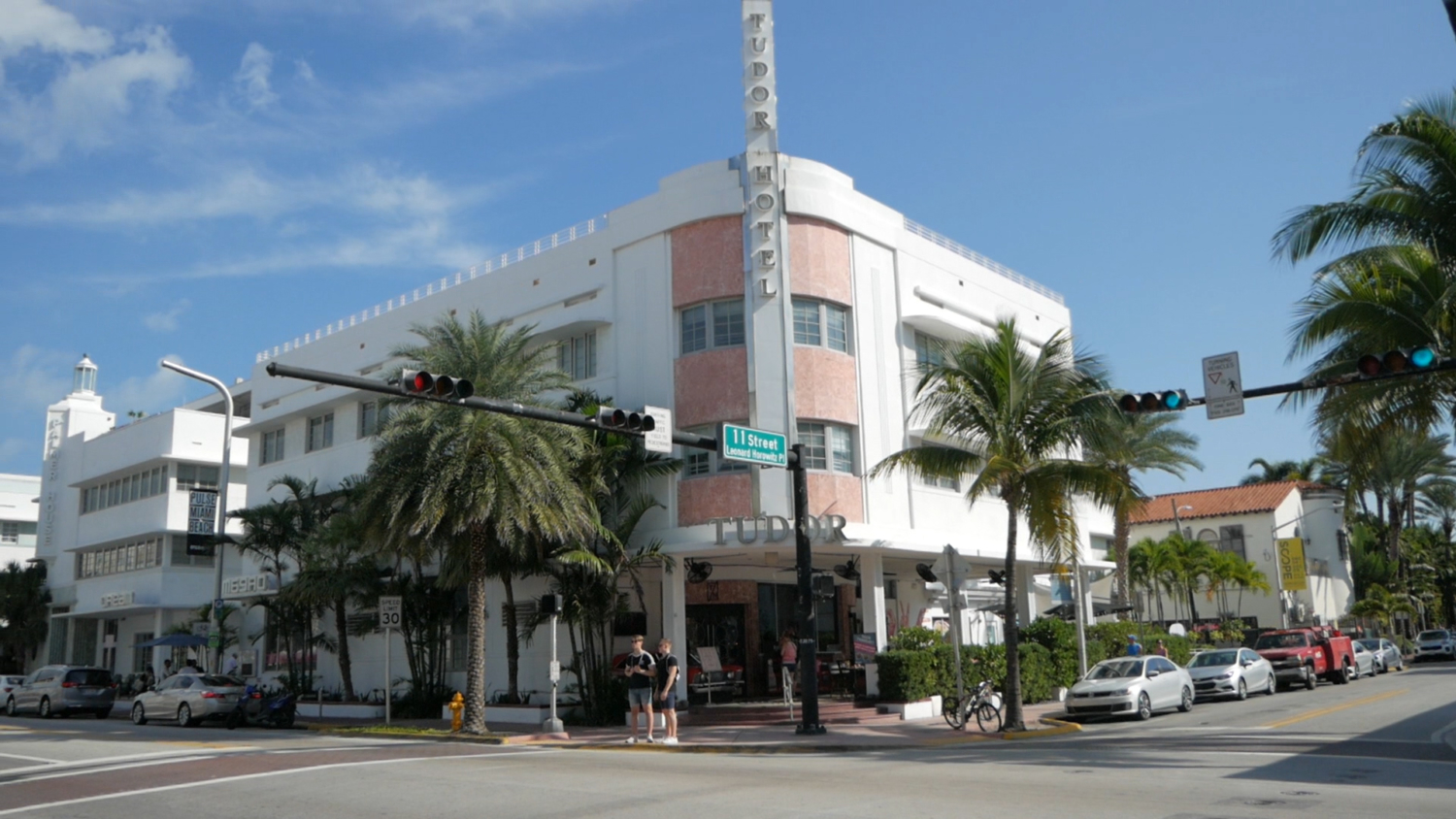 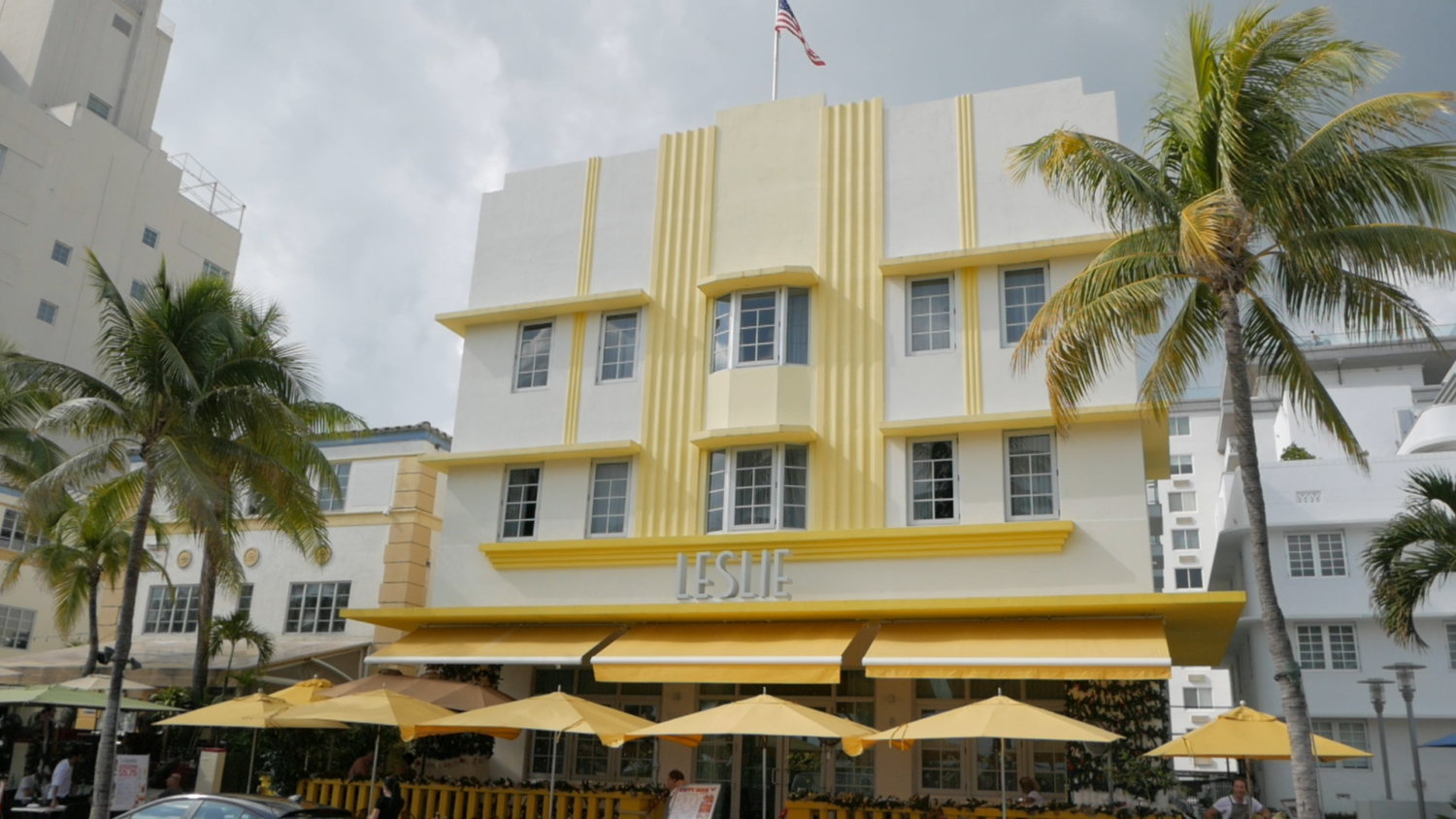 The Miami Airport vegan food options are abysmal. We walked from one end of the D Terminal to the other and found only a couple of truly vegan options, none of them healthy.

Shula’s has a veggie burger, but it isn’t even close to vegan. The manager was kind enough to get the package for us and it has cheese and milk. There is a Mexican restaurant with the obligatory “Rice & Beans” vegan plate, but we opted for the Impossible Burger at the Corona Beach House restaurant again. That was before we finished walking to the other end of the terminal where we found a TGI Friday’s that had a Beyond Burger.

The Quito Airport is actually more vegan friendly than Miami and Guayaquil because they have a NOE Sushi Bar with several vegan options. We got miso soup, a veggie roll and a Japanese veggie pasta dish with mushrooms. 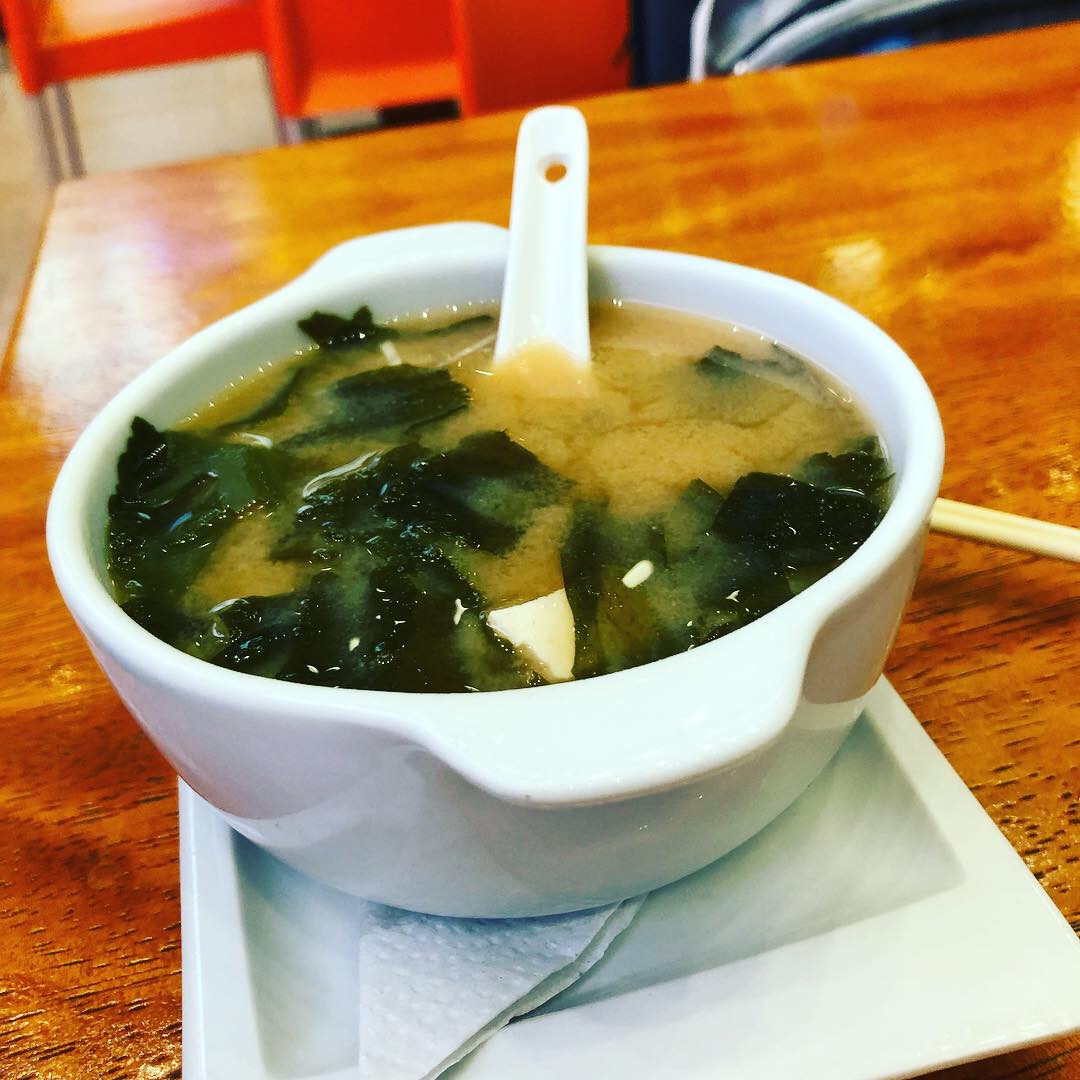 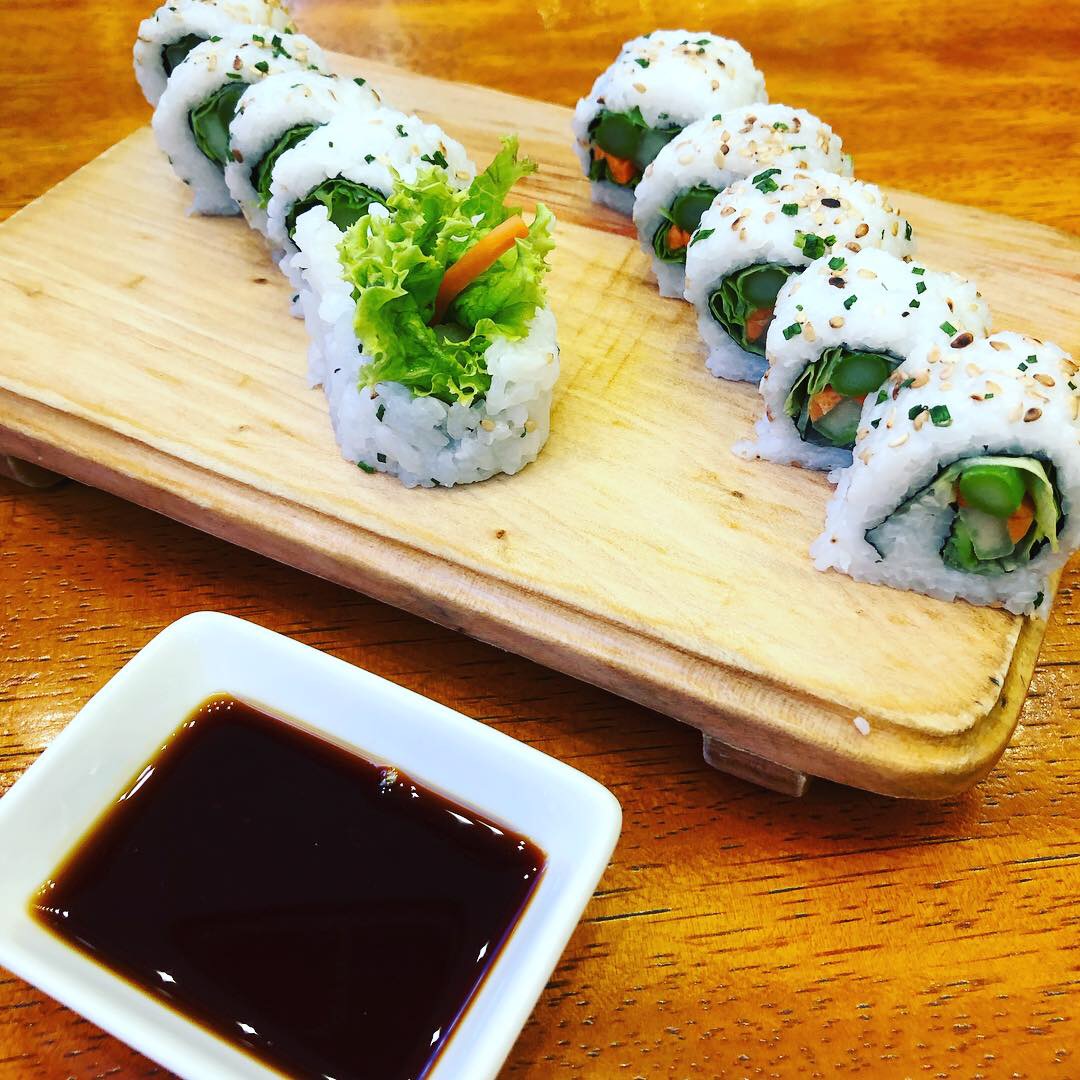 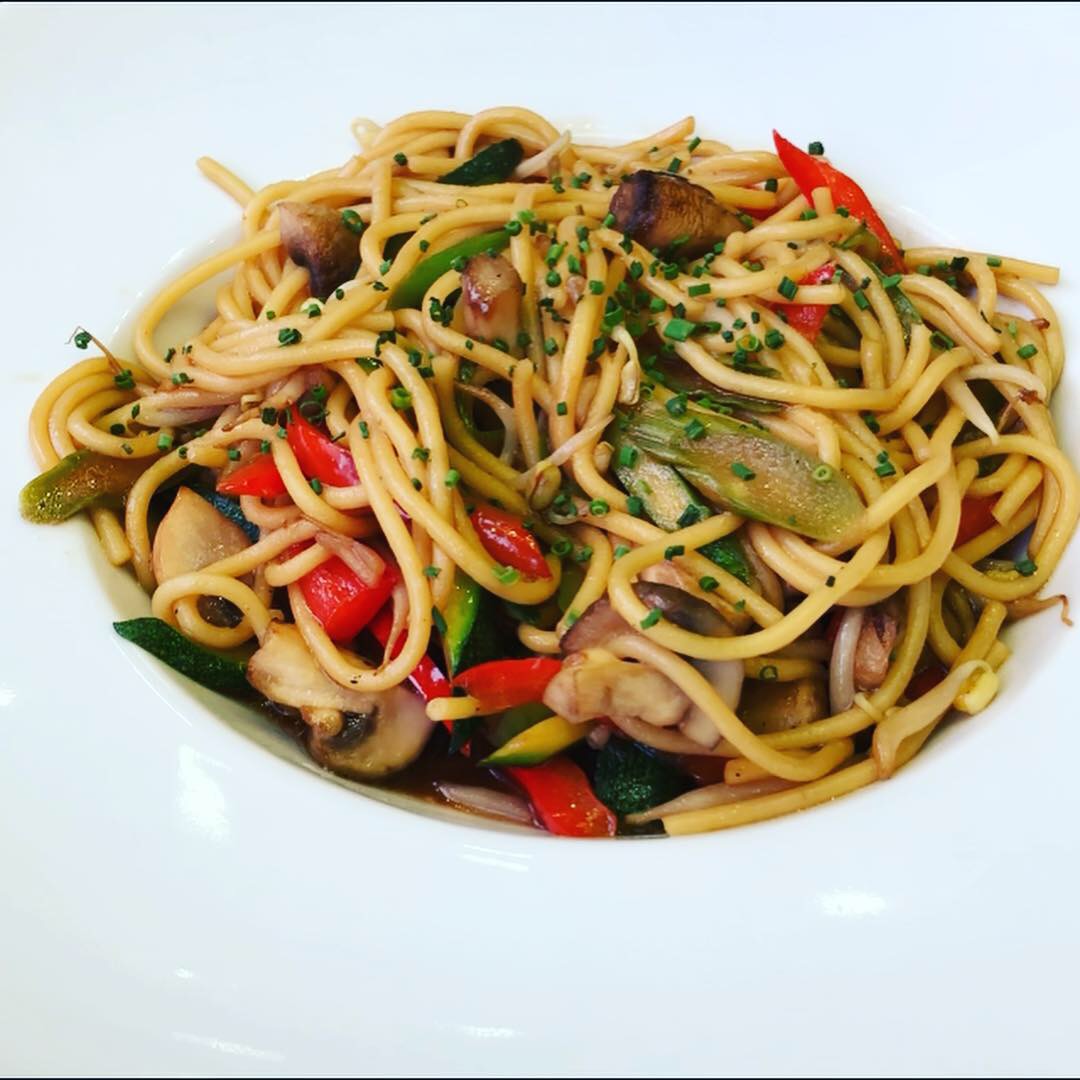 Be sure to tell them you’re vegan and list the things you don’t eat in Spanish:

Sometimes we say “sin” (without) instead of “no” but that often seems to confuse people so we find it’s easier to say “no carne” to minimize confusion. 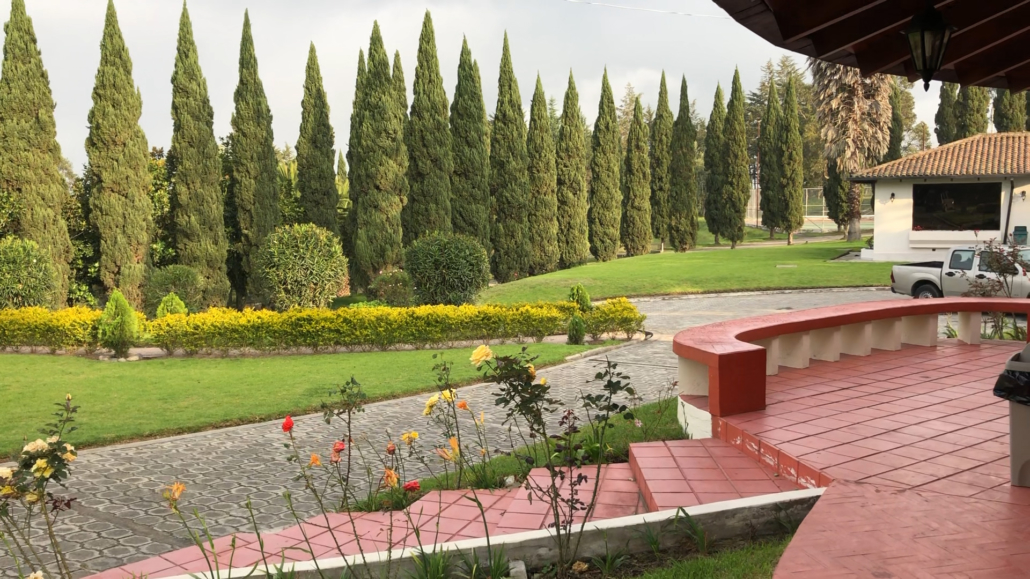 Since our flight from Miami arrived very late and our flight to Cuenca wasn’t until the next morning, we stayed in the Quito Airport Suites Hotel overnight. Our large room cost $35 and it came with breakfast, although as you’ll see in the next video, it wasn’t very vegan friendly. You’ll also see how beautiful the grounds are in the next video.